News Flash - May/June 2019: The latest from throughout Western North Carolina 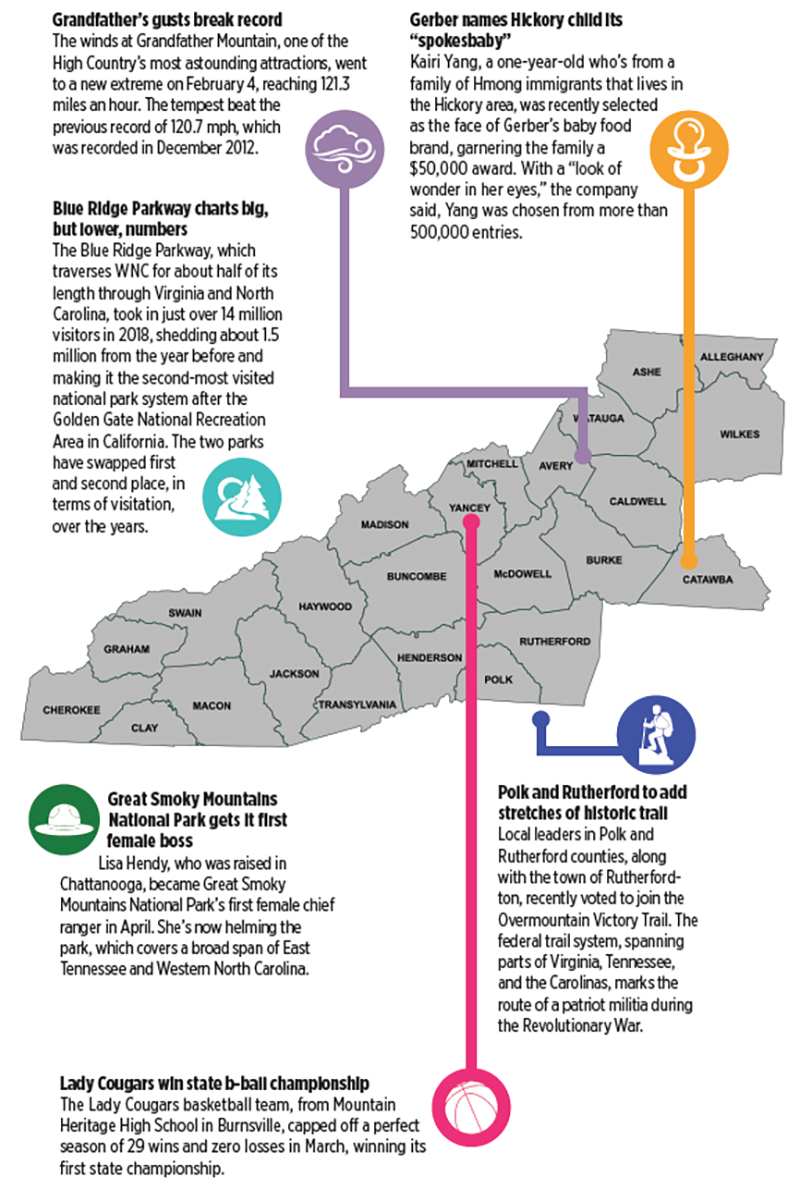 Grandfather’s gusts break record - The winds at Grandfather Mountain, one of the High Country’s most astounding attractions, went to a new extreme on February 4, reaching 121.3 miles an hour. The tempest beat the previous record of 120.7 mph, which was recorded in December 2012.

Blue Ridge Parkway charts big, but lower, numbers - The Blue Ridge Parkway, which traverses WNC for about half of its length through Virginia and North Carolina, took in just over 14 million visitors in 2018, shedding about 1.5 million from the year before and making it the second-most visited national park system after the Golden Gate National Recreation Area in California. The two parks have swapped first and second place, in terms of visitation, over the years.

Gerber names Hickory child its “spokesbaby” - Kairi Yang, a one-year-old who’s from a family of Hmong immigrants that lives in the Hickory area, was recently selected as the face of Gerber’s baby food brand, garnering the family a $50,000 award. With a “look of wonder in her eyes,” the company said, Yang was chosen from more than 500,000 entries.

Polk and Rutherford to add stretches of historic trail - Local leaders in Polk and Rutherford counties, along with the town of Rutherfordton, recently voted to join the Overmountain Victory Trail. The federal trail system, spanning parts of Virginia, Tennessee, and the Carolinas, marks the route of a patriot militia during the Revolutionary War.