News Flash - March/April 2019: The latest from throughout Western North Carolina 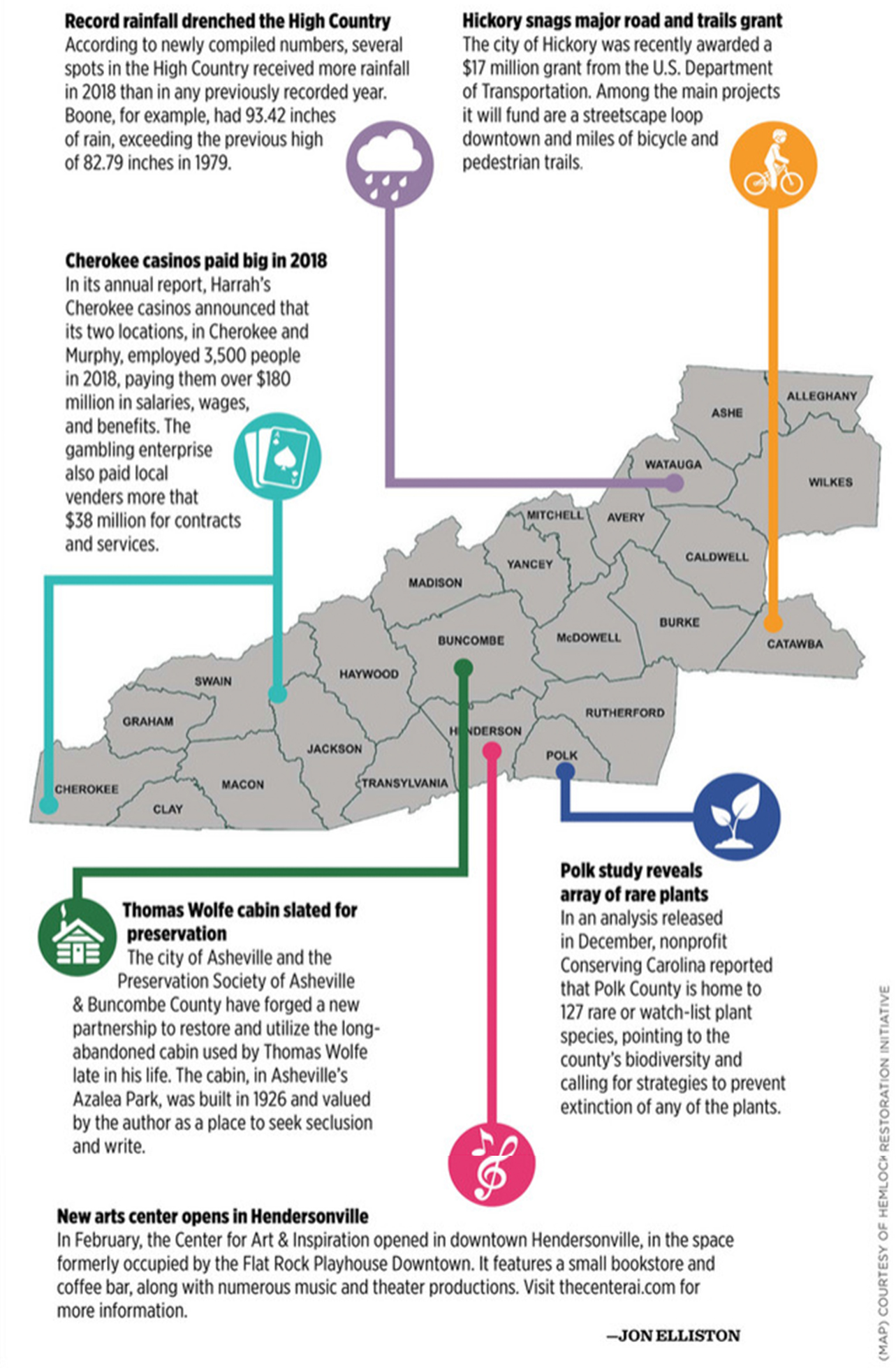 According to newly compiled numbers, several spots in the High Country received more rainfall in 2018 than in any previously recorded year. Boone, for example, had 93.42 inches of rain, exceeding the previous high of 82.79 inches in 1979.

In its annual report, Harrah’s Cherokee casinos announced that its two locations, in Cherokee and Murphy, employed 3,500 people in 2018, paying them over $180 million in salaries, wages, and benefits. The gambling enterprise also paid local venders more that $38 million for contracts and services.

The city of Asheville and the Preservation Society of Asheville & Buncombe County have forged a new partnership to restore and utilize the long-abandoned cabin used by Thomas Wolfe late in his life. The cabin, in Asheville’s Azalea Park, was built in 1926 and valued by the author as a place to seek seclusion and write.

The city of Hickory was recently awarded a $17 million grant from the U.S. Department of Transportation. Among the main projects it will fund are a streetscape loop downtown and miles of bicycle and pedestrian trails.

In an analysis released in December, nonprofit Conserving Carolina reported that Polk County is home to 127 rare or watch-list plant species, pointing to the county’s biodiversity and calling for strategies to prevent extinction of any of the plants.

In February, the Center for Art & Inspiration opened in downtown Hendersonville, in the space formerly occupied by the Flat Rock Playhouse Downtown. It features a small bookstore and coffee bar, along with numerous music and theater productions. Visit thecenterai.com for more information.