News Flash: March/April 2018: The latest from throughout Western North Carolina 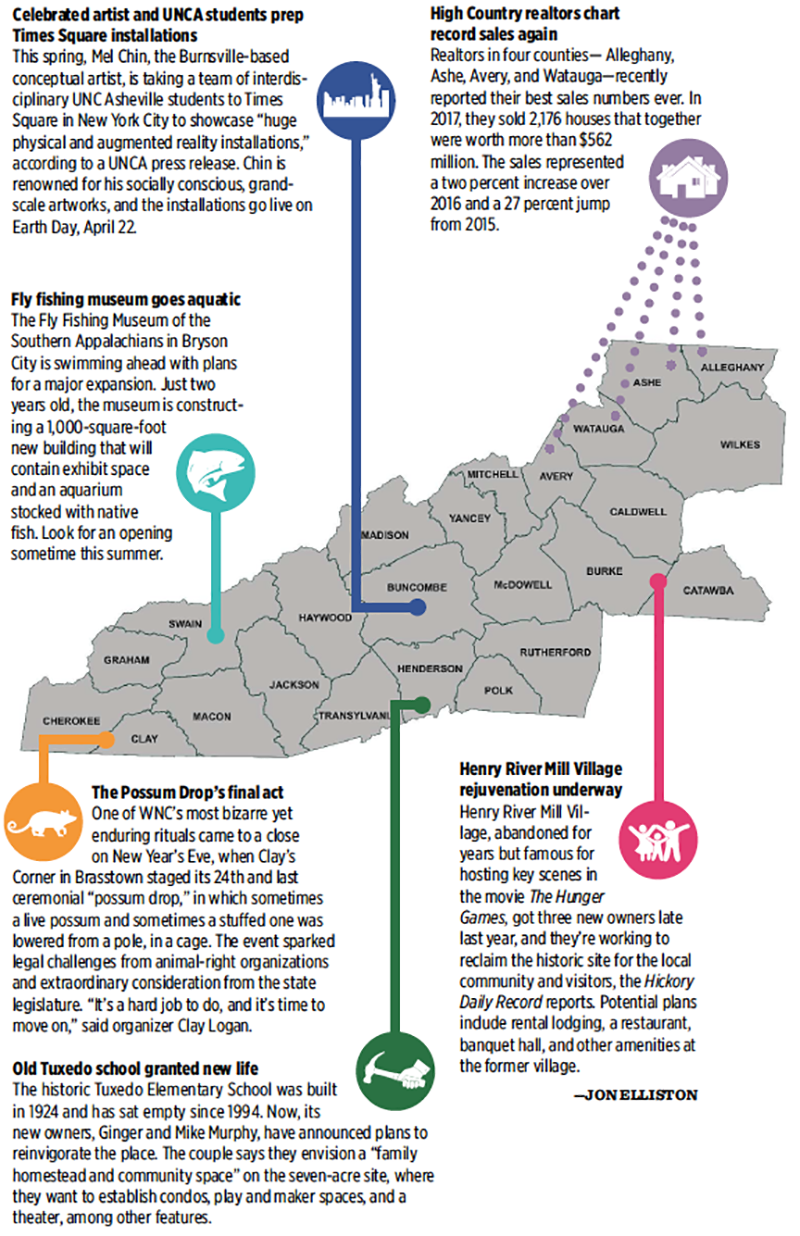 Fly fishing museum goes aquatic
The Fly Fishing Museum of the Southern Appalachians in Bryson City is swimming ahead with plans for a major expansion. Just two years old, the museum is constructing a 1,000-square-foot new building that will contain exhibit space and an aquarium stocked with native fish. Look for an opening sometime this summer.

The Possum Drop’s final act
One of WNC’s most bizarre yet enduring rituals came to a close on New Year’s Eve, when Clay’s Corner in Brasstown staged its 24th and last ceremonial “possum drop,” in which sometimes a live possum and sometimes a stuffed one was lowered from a pole, in a cage. The event sparked legal challenges from animal-right organizations and extraordinary consideration from the state legislature. “It’s a hard job to do, and it’s time to move on,” said organizer Clay Logan.

Old Tuxedo school granted new life
The historic Tuxedo Elementary School was built in 1924 and has sat empty since 1994. Now, its new owners, Ginger and Mike Murphy, have announced plans to reinvigorate the place. The couple says they envision a “family homestead and community space” on the seven-acre site, where they want to establish condos, play and maker spaces, and a theater, among other features.

High Country realtors chart record sales again
Realtors in four counties— Alleghany, Ashe, Avery, and Watauga—recently reported their best sales numbers ever. In 2017, they sold 2,176 houses that together were worth more than $562 million. The sales represented a two percent increase over 2016 and a 27 percent jump from 2015.