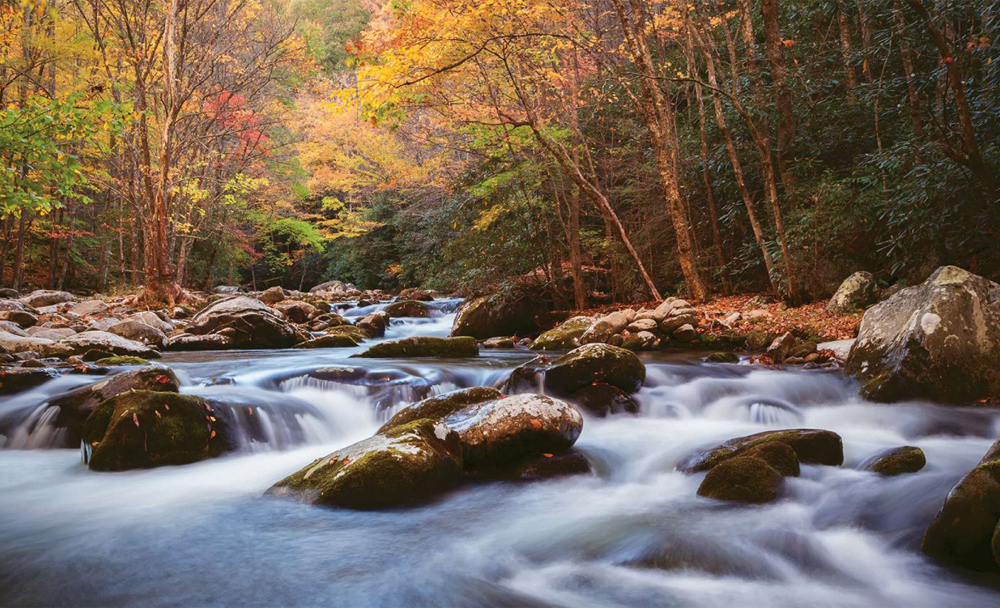 1. The Overmountain Victory National Historic Trail marks the path of citizen soldiers known as the Overmountain Men, who defeated British Major Patrick Ferguson and his men in the Revolutionary War battle that Thomas Jefferson said “turned the tide of success.” It is one of how many national historic trails in the U.S.?

2. An estimated 100,000 different organisms call the Great Smoky Mountains National Park home. Due to unique climatic and geologic factors, the park has an abundance of one creature in particular and is consequently known as the “___________ capital of the world.”

3. The Blue Ridge National Heritage Area preserves and interprets the unique blend of cultures that make up the region and the history that comes with it. It was established by Congress during what U.S. presidency?

4. Connemara in Flat Rock opened its doors to the public in 1974. Prize-winning dairy goats roam the land, and the house contains 325,298 artifacts, such as letters and photographs that belonged to which late, famous author?

5. What makes the Lynn Cove Viaduct a revolutionary architectural achievement is that it was built from the top down to protect the ecology of Grandfather Mountain. It was the final touch in completing the 469-mile Blue Ridge Parkway, which began in 1935. How many years did it take to build the parkway?

6. Hiking the entire 2,190 miles from Georgia to Maine along the Appalachian Trail can take more than six months. Two hundred miles of the trail run along the North Carolina/Tennessee border. How many miles run strictly through North Carolina?

7. The Trail of Tears followed the Indian Removal Act of 1830 passed by Congress under President Andrew Jackson to move American Indians from their southeastern native lands to areas west of the Mississippi River. This brutal path passed through which Western North Carolina counties?