Music Notes: How one musician found community through harmony 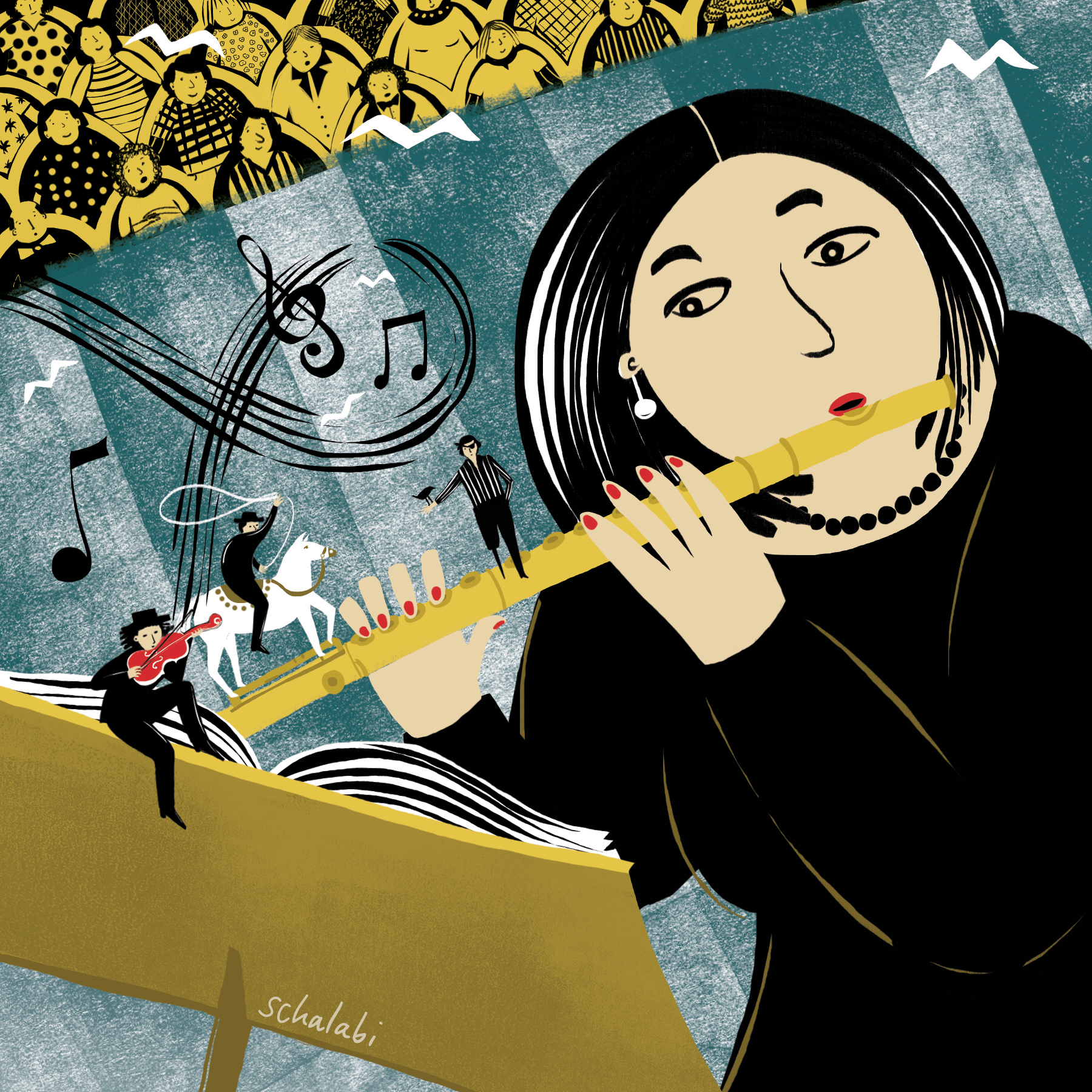 Back in 1993, I was playing flute in the little pit orchestra for a summer stock version of I Remember Mama, the story of a Norwegian family settling in San Francisco circa 1910. The play ran on Broadway in 1979 and then hit the sticks, where I lived—in the marvelous mountain town of Boone, North Carolina.

Not only was the tale wholesome and heartwarming, but the summer theater’s actors were terrific. As young actress Beth McGowan, playing daughter Katrin, delivered the final line of the play, sniffles broke out across the darkened auditorium. Her line was: “But most of all …”—and here Beth’s voice quavered slightly as her eyes grew moist with impending tears—“I remember Mama.”

Great stuff, but the problem was that in the silence after Beth’s last words, I was supposed to immediately begin a long, mournful flute solo as the lights faded and the cast assembled for bows. Yet all I wanted to do was indulge my love of a good tearjerker and cry. I battled my wobbling throat and quivering lips to keep the flute steady, but with every performance of the five-night run the dread grew worse.

That delicious torture was my introduction to musical theater, WNC-style.

Over the next dozen years I played flute and piccolo again in a score of other amateur or semi-professional theater productions, both at Lees-McRae College Summer Theatre in lofty Banner Elk and at Blue Ridge Community Theatre in Boone, where I lived with my family.

The Music Man, The Unsinkable Molly Brown, Oklahoma!, Annie, and 42nd Street. Brigadoon, Phantom, and Fiddler on the Roof. It didn’t take me long to fall in love with the exhausting excitement of live theater.

While the actors felt their onstage exhilaration, we musicians had our thrills, too. The Lees-McRae stage was small, and usually we numbered half a dozen, sometimes with the pianist doubling as conductor. Blue Ridge Community Theatre used 1,800-seat Farthing Auditorium, with a real orchestra pit sunk beneath the front of the stage. We averaged two dozen members, with brass, string, woodwind, and percussion sections strung through the narrow space. The conductor had to watch the stage like a hawk for visual cues and at the same time be ready to signal individual orchestra members far to his left and right.

From the vantage of the orchestra pit, we had better than front row seats to observe the singers and dancers. Just a few feet above our heads, we could see what it took to project a character to the back of the house: lots of makeup, garish costumes, oversize gestures, and a great big voice.

I’ll never forget the otherwise quiet Steve Parrish as the pirate, Hook, in Peter Pan, his six-foot frame amplified by high-heel buckle shoes and a billowing wig, as he pranced across the stage in a velvet frock coat and inquired with gleeful menace, “Tempo? Tempo?” Or his counterpart, petite Jodi Bost as Peter Pan, swinging precariously 20 feet overhead while singing at maximum strength as though she hadn’t a care in the world.

Actors, musicians, stagehands—even the audience lent excitement, leaning in together to catch every word, eyes reflecting the stage lights.

Even given all that drama, something more important was going on in that orchestra pit. We had a lot of downtime sitting quietly during hours of rehearsals, as the choreography, songs, dialogue, and stage props slowly melded into a seemingly effortless whole by opening night.

This gave us time to gauge the character of our seat mates by their demeanor, dress, and even the state of their instrument cases. We had downtime during performances to read the program notes and finally learn about each other: There was an emergency room doctor who drove up from Hickory after hours to play drums, a university chancellor and his wife, some enthusiastic high school students, tenured faculty, and church-going kids studying at Appalachian State University. Graydon Eggers, our conductor, was a property developer from a respected local family who managed to lead a ragtag bunch of strangers to syncopated glory.

It was clear to me that no matter what music we played, we constituted a pretty good picture of WNC commonalities: love of music and community, respect for talent and authority. In short, these temporary musical alliances looked a lot like the whole region, blended into a mostly harmonious whole—each one of us different from the neighbors, but most with a lot in common.

Nan K. Chase is an Asheville-based writer and author, and misses playing in an orchestra.