Mountain Awakening : There are endless reasons we all fall for the mountains, but one enchants us above all others: This place feels like home in our hearts. Here, five writers share how their deep connections to these hills were forged with Sunday drives, old-time music, wildflower hikes, and through the discovery of inspiration and strength. 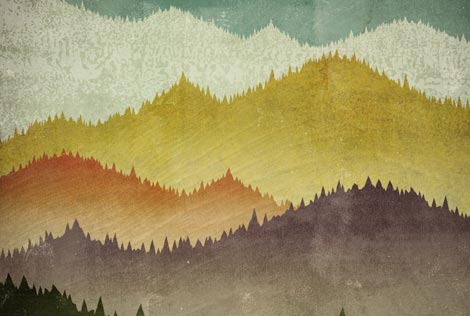 My father was a minister of the Methodist Church. In 1938, the year of my birth, Methodist preachers were about as nomadic as medieval Mongols, with the important difference being Mongols enjoyed the convenience of carrying their yurts with them whenever their khans decided it was time to move. The families of Methodist preachers were relocated every four years or so by bishops every bit as powerful as the khans of the Golden Horde and had to make a home wherever sent. As a consequence, home, for us, was forever a provisional thing, consisting of whatever sort of domicile each congregation had the means, or inclination, to provide.

Dad served the Western North Carolina Methodist Conference for 40 years, moving from church to church and community to community, but almost always within the compass of our mountains. I was born in Clyde in Haywood County, a town I don’t remember because before I was a year old, we moved to a community called Lowell in the foothills near Gastonia. After Lowell, we lived in the Oakley neighborhood of Asheville, then in Oak Park, a part of Fletcher. We had many houses, but the blue profile of the mountains usually lay somewhere on the horizon, and the mountains were the home of my heart.

I keep some cherished memories of these various communities, their congregations, and very special childhood friends, but the sad fact is that the impermanence of each succeeding appointment bred in me a sort of fatalistic indifference. How could I grow deeply fond of a community or its people when I knew they were but temporary features in an endless cycle of movement and loss? In some ways, I still carry the scars formed in those long-ago days when I knew every attachment had to be conditional. I’m a notorious loner. I find it far too easy to sever relationships. Today, I hate to leave, even for a few hours, what is now, finally, my permanent home in the heart of my native mountains.

I did not find this home easily. In my early 20s, as much as I loved the high country, mistaken life choices drove me to the city, to a career, to a difficult marriage, to a way of life dominated by a weird blend of grim yet oddly uninspired ambition. For 25 years, I persisted, until it all collapsed—career, marriage, the will to engage in the blood sport of competition, everything that had separated me from the peace and beauty of the mountains that had always been my home, had I but allowed myself to know it.

What I did know, and had known since my college days, was that if I was meant to do anything that mattered, I was meant to write.  I suppressed that recognition for a quarter of a century, but once freed of my own misguided choices, it surged to the fore. With it came a change in what I had always thought writing was. Instead of a proficiency based on rational, objective principles, I saw that it was a fusion of the conscious and subconscious, a tapping of interior powers not explicitly recognized.

Of course, writers must bring a willful design to the work. We must know the rules of grammar and composition. We must know the great literature. We must read widely and study deeply. However, the vital ingredient is the truth of one’s life—the triumphs,  blunders, humiliations, joy, pain, the whole mix of experiences. It all deserves reflection; it is the stuff that truthful writing is made of.

Having said this, I also think we shouldn’t try to understand too well why we write, for the source of art is not corporeal; it is, at last, a mystery. But I  know a few things for certain. Coming back to the mountains was a rediscovery of a fact I had come near losing: The mountains are in me. They always have been; they were in me even when I refused to recognize them. They are why I write.

When I first came back to them in 1995, the mountains were my inspiration. In tribute to not just the magnificent place itself, but also its culture, history, people, and my family, I wrote my first four novels. Those books speak of what the mountains had always meant to me, a meaning I had tried and failed to erase, but whose spirit I finally claimed.

Now I write of other things, other places. I no longer need to speak in words of the place that was my inspiration, but finally has become something even more enduring—my foundation.

I am home now.

Charles F. Price lives near Burnsville. He has written five works of historical fiction, four of which are set in WNC. His first nonfiction book, Season of Terror, is forthcoming this spring from the University Press of Colorado.