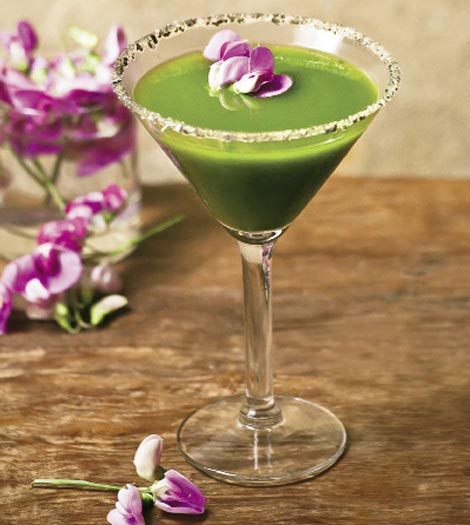 Awell-crafted cocktail is the hallmark of the current slow drink movement. Like its slow food inspiration, the term signifies quality ingredients, attention to proper technique, and a flair for creativity.

Josh Bailey, bartender at Zambra Tapas Bar and co-owner of Eating Asheville food tours, is one such practitioner. But it wasn’t always so. After tending bar in the States for years, he took a job in Australia that proved to be an eye-opener. “I worked with two great guys,” he says. “I thought I was a good bartender, but after 10 minutes with them, I realized I wasn’t.” His Aussie cohorts were serious about cocktails, and the three began entering drink competitions. “The main thing I learned from them was the love of creating something that people are blown away by,” he says.

Bailey has been blowing away the competition since. The Caterpillar, his latest crowd-pleaser, was inspired by his favorite tea drink, the Forest Dragon at Dobrá Tea in Asheville. He developed a lusty blend of muddled organic red grapes, fresh mint, jasmine-infused sugar syrup, and vodka, and gave it a twist—and its earthy green color—by adding matcha, a Japanese green tea powder. This surprising blend is shaken with ice and strained into a martini glass. In keeping with this mixologist’s attention to detail, vibrant sweet pea blossoms float on the surface, making the entire package a visual treat. Bailey says, “It’s the little things that make a drink go from good to great.”