Massacre in Madison: A county torn apart during the Civil War still remembers the men killed at Shelton Laurel 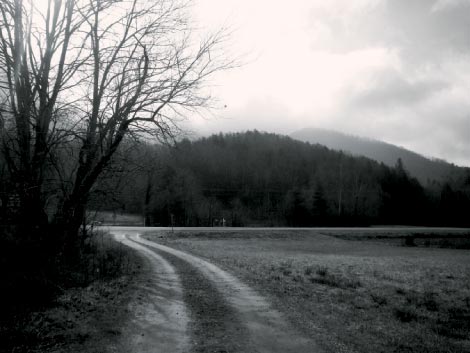 It was bitter cold on the 19th of January in 1863. Thirteen ragged-looking men and boys walked listlessly along an old wagon track through the bottomlands of the Shelton Laurel River. North Carolina’s 64th Regiment of Confederate soldiers, several hundred in number, kept a close watch on the prisoners. At a bend in the river the army stopped. Five of the prisoners were lined up and shot. Then five more. Then the last three. David Shelton, 13, was among the last to be killed, having already witnessed his father and brother’s deaths. According to accounts, he begged to be spared for his mother’s sake, but mercy was denied.

There are many versions of the occurrences and tensions that led up to the Shelton Laurel Massacre. At the time, the allegiance of many in Madison County, particularly in Shelton Laurel, was with the Union, due in part to the fact that slavery was virtually nonexistent in a community as poor as theirs. One of the few people in Madison County to own slaves was Colonel Lawrence M. Allen of Marshall, leader of the 64th Regiment.

Still, at least an equal number of men from the area fought for the South. Many of the soldiers who originally made up the 64th Regiment were recruited (often forcefully) from Madison County, but many had defected to return home and provide for their families.
Remote Shelton Laurel was an ideal place for deserters to hide. As a means of punishing these men, the Confederate soldiers of Marshall, who were in charge of salt rations, decided to deny salt—the essential ingredient for preserving meat for the winter—to all Laurelites. The South had been forced to ration salt after the Union blocked delivery from Europe.
Desperate for survival, a band of raiders, led by Tennessee Unionist John Kirk, broke into the Marshall salt warehouse earlier that January and plundered about 50 bushels, much of which was said to have been taken to Tennessee.

Tension Builds
As historian Dan Slagle, a distant cousin of two of the victims, wrote, “The salt situation alone did not lead to the killing in 1863. Troubles had been brewing in Madison beginning in 1861, when Neely Tweed killed the sheriff.”

The story goes that Tweed, who was married to one of the Sheltons, found out about Sheriff Ransom Pleasant Merrill’s unscrupulous business deals. One day on the street, Tweed confronted and shot the sheriff—who was a friend of Lieutenant Colonel James A. Keith of the 64th. Tweed was arrested but later escaped from custody with help from Laurelites, which enraged Keith.
Fueling further resentment, a feud between members of Kirk’s band and those of Allen’s regiment led to the pillage of Allen’s house, and the seizing of blankets and clothing, which were sorely needed. Allen was in Bristol that day, but his children were home suffering from scarlet fever. Two of them later died.

On hearing of the salt raid, Allen and his cousin, Keith, asked their commanding officer, General Henry Heth, for permission to lead a punitive expedition to Shelton Laurel. Heth, who commanded the Department of East Tennessee, authorized Keith to take a generous number of troops to put down any insurrection.

Keith and his men marched into Shelton Laurel, rounding up all the men and boys to serve as examples to would-be deserters and Union sympathizers. Because most of the men were absent, fighting or hiding, the women were tortured and forced to reveal the whereabouts of the men and the salt. Although 30 bushels of salt were recouped from places of concealment, no one knows whether any of it came from the raid, or whether it had been set aside in prescience before the war began. Fifteen men, either too old to fight or too young to be drafted, were captured. It’s likely that none of them were involved in the raid.

Marched in the direction of Knoxville for a supposed trial, two of the prisoners managed to escape during a night of encampment. The remaining 13 were lined up and shot the following day. Several accounts state that the soldiers who at first refused to fire were ordered to do so or join the victims.

The bodies of the men were shoved into a shallow grave next to the river. Mothers and siblings later dug them up and transported them to a burial site on a hillside near the old Alleghany Church.

“It was a brave thing they did,” says Shelton family descendent Paula McAlister. “It was risky to bring them up and give the bodies a proper burial, and physically very difficult.”

Resentments still remain over the Shelton Laurel Massacre, but as John C. Inscoe and Gordon B. McKinney wrote in The Heart of Confederate Appalachia: Western North Carolina in the Civil War, “The Shelton Laurel Massacre was not an isolated incident, nor can the severity of the atrocity committed be blamed solely on policy decisions or misjudgments on the part of commanders Heth, Allen, or Keith; rather it represented the most extreme manifestation of escalating tensions between lower-ranking troops and civilians, as guerilla warfare blurred the lines between combatants and noncombatants and obscured the rules of war that defined both.”