Home /Man of Many Words

Man of Many Words

Man of Many Words: Author Charles Frazier on his local roots, Cold Mountain, and his latest work 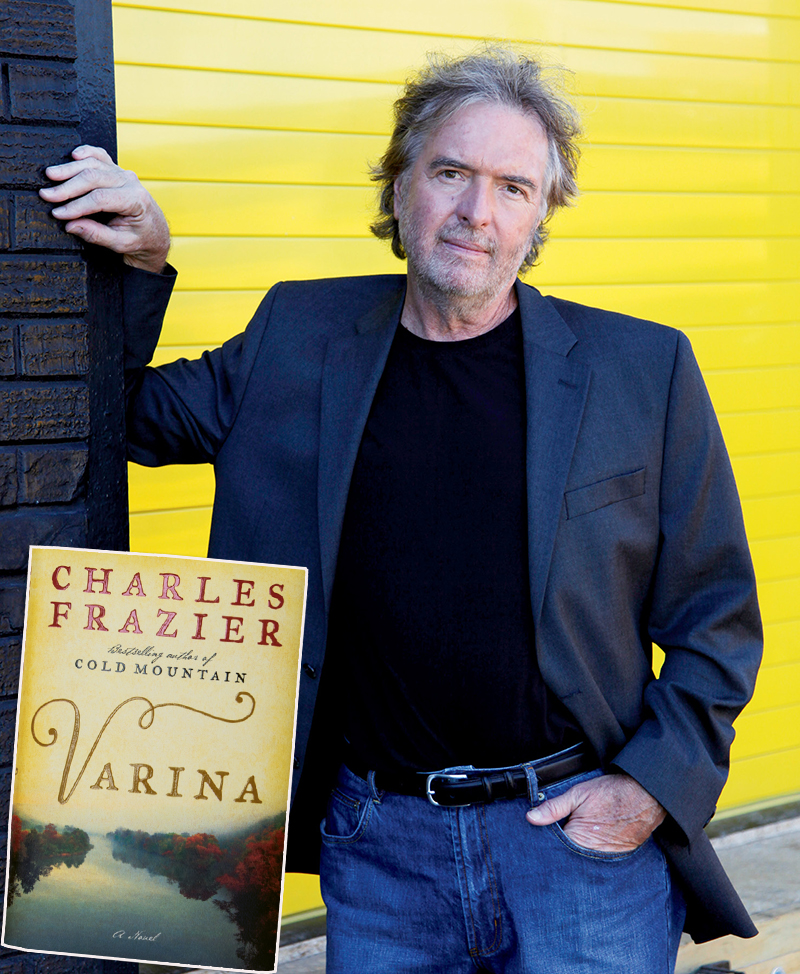 As he chronicles his ties to Western North Carolina, Charles Frazier’s articulation is leisurely, careful, and cadenced—much like his writing. “It’s the landscape that kind of shaped my vision of what beautiful is, of what nature is,” he says. “All of those things were formed as a child in Western North Carolina landscapes.”

His local ancestry is lengthy: His father’s family settled in the region shortly after the Revolutionary War, his mother’s not long thereafter, and here they’ve stayed. Born in Asheville and raised in Cherokee County, Frazier returned to Western North Carolina for his masters at Appalachian State University, and it was here that he once again returned—this time, figuratively—for his first novel, Cold Mountain. The dazzling tome, now 21 years old, earned Frazier huge accolades, including a National Book Award and multiple Oscar nods for its cinematic adaptation.

What makes Cold Mountain (and the novels that followed,Thirteen Moons and Nightwoods) so compelling is Frazier’s graceful depiction of Appalachia, which stands in direct contrast to popularized yarns narrated by chilling banjo plucks and barefoot hillbillies.

“It was intentional to try to present a variety of Southern Appalachian characters that don’t always fit those stereotypes,” Frazier notes of the kaleidoscopic cast of characters that populate his early works. “It’s almost more amusing than annoying when a reviewer from somewhere else says that my Appalachian characters are just too smart to be believable. I knew most of those characters when I was a kid. What I have found in the Southern Appalachians was the same variety of intelligence and education as I have anywhere else in the country.”

For the first time, Frazier eschews our mountains as stage for his latest work, Varina, but returns to a familiar milieu in the Civil War. “I always think of historical fiction as having a conversation, a dialogue between the past and the present,” he says. “This offered me a way to think about some of those Civil War-related issues that are still really burdening the country.”

Though Varina is an embroidered biography of Varina Davis, wife of Confederate President Jefferson Davis, it is also a blunt probe into the culpability of the Civil War and the South’s legacy of slavery. “The guilt that she is carrying for that war and the ownership of human beings is still there with us now,” Frazier says.

So what’s next for this native voice of the mountains? For now, he says, it’s not his pen but his bike tires that will follow the sweeping curves of the WNC landscape in search of inspiration this summer.