Lost To Time: The relics of architect Rafael Guastavino's estate, Rhododendron, hint at a rich life 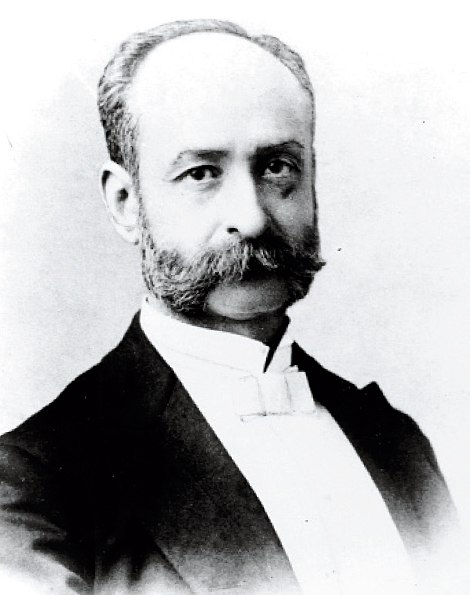 To survey Rafael Guastavino II’s greatest works, you have to travel far and wide across the Western Hemisphere. To see his final labors of love, you need only visit Western North Carolina.

When Guastavino emigrated from Spain to the United States in 1881, the architectural engineer left behind many structures already noted for his signature elements: grand arches, domes, and vaults, often crafted with interlocking stone or terra cotta tiles with little evident support structure. His work stretched conventions and was mind-boggling for its day, but it found a firm foundation. Today, more than 1,000 buildings in the United States still bear his designs.

In this country, Guastavino, made his mark in quick fashion. In scarcely more than a decade, his tiled ceilings and other distinct flourishes covered parts of the National Museum of Natural History in Washington, D.C., New York City’s Grand Central Station, Grant’s Tomb, the Boston Public Library, and hundreds of other landmark buildings.

For all the fame he found in the Northeast, Guastavino was pulled to points south. In 1884, he traveled to Asheville to design elements of the Biltmore Estate, including arches inside the Lodge Gate, domed ceiling features next to the Winter Garden, and the ceiling of the mansion’s indoor swimming pool.

In his later years, two projects consumed Guastavino: the design of the Basilica of St. Lawrence and his own estate. Today, the basilica in downtown Asheville still exhibits one of the most-renowned ceilings in Christendom, a freestanding eliptical dome, along with other exemplars of his skill. Guastavino finished plans for the church, but the construction wasn’t complete until 1909, the year after his death. A crypt inside became his final resting place.

Less discussed, but also dear to Gaustavino, was his Black Mountain home, which he dubbed Rhododendron. The designer built the house on grounds that grew to almost 1,000 acres as he collected plots.

“As much as he could afford to, he was creating his own estate,” says Peter Austin, an Asheville native and librarian for Salem College in Winston-Salem. During the past 30 years, Austin’s research and writings have helped revive local interest in Guastavino.

“He had worked for wealthy people in Spain before he came here,” Austin says. “He’d been on plenty of estates, especially ones that were agriculturally based, and that’s what he wanted.”

Guastavino sculpted the place as though it were his own Biltmore Estate. He rerouted streams and built dams for small ponds. He leveled terraces and charted out roads, cornfields, and a vineyard. He commissioned a house, barn, and several other outbuildings, including kilns for manufacturing bricks and tiles, some of which were shipped down the short railroad line to Biltmore and Asheville.

The house proved a major departure for Guastavino. The three-story, ramshackle construction, with some 25 rooms, was made mostly of wood. It included a chapel, billiards room, bell tower, and an adjoining wine cellar. Due to its unique design and eccentric residents, locals called it The Spanish Castle. Guastavino considered it a continuous work-in-progress, so it’s fair to say it was never truly finished.

Rhododendron became Guastavino’s workshop and retreat, a place where he could experiment with arts both familiar and new to him. He continued to draft innovative designs for far-flung masterpieces, and found time to immerse himself in music, socializing, and winemaking. He also forged a deep bond with his second wife, Francesca, a Mexican immigrant who was 17 years younger.

The couple hosted lavish gatherings at their home. One dinner guest, whose name is unrecorded, penned this paean to time spent at Rhododendron: The poets may sing of the feasts of Lucullus, Of champagne, and of Tokay, and other things fine; But give me a dish of Mr. Guastavino’s paella, And a bottle or two of his own pleasant wine.

Rhododendron witnessed far more work than play, however. At the base of the bell tower, Guastavino inscribed his motto in Latin: Labour Prima Virtus (labor is the chief virtue). Francesca marveled at how her husband, even in his semi-retirement, remained busy. “He seems to get up earlier every day; this morning it was twenty minutes to one!” she wrote in a letter to a family member. “He never seems to slow down.”

That work ethic continued until a quick bout of lung congestion and kidney complications killed Guastavino in 1908, at age 65.

Francesca was shattered by her husband’s passing, and the young socialite became a recluse. “Francesca was desolate,” one of the Guastavinos’ grandsons later wrote. “At the time of his death she had the big clock in the tower above the house stopped. She would never allow it to run again; it was a symbol that, for her, time had stopped.”

The widow stayed at Rhododendron for 25 more years, until an oil fire destroyed part of the house and badly burned her. She spent the last three years of her life at a rest home in Asheville before passing away in 1946.

Today, the bulk of the former estate is owned by Christmount, a religious retreat run by the Christian Church (Disciples of Christ). The church has looked after Rhododendron’s remains since acquiring the property in 1948.

Helen Johnson, Christmount’s assistant director, is the resident Guastavino buff and often walks the trails that wind around Rhododendron’s ruins. She and other staffers are committed to preserving the legacy. On a recent stroll, she identified remnants of Guastavino’s time there.

In one clearing surrounded by an iron fence sits a heap of bricks—the architect’s dome-shaped kiln that collapsed decades ago. Standing next to it and almost intact is the kiln’s 60-foot chimney.

At a spot along the retreat’s entrance, Johnson unlocks a wooden door set within brick and stone arches on a sloping hillside. Stepping inside, she points out the vaulted ceiling of the wine cellar - made with bricks that bear the architect’s name.

Back outside, a long, low wall of stone and brick was once the foundation of the fabled Spanish Castle. Fire and weather long ago dilapidated the structure, and its wooden elements were razed.

Johnson notes the irony. “Here was a man who emphasized the benefits of building with stone and tile—of making nothing but fireproof buildings,” she said. “But because of the expediency and cheap cost - he had a lot of forest to log on the property - he made his home out of wood.”

Inside the retreat’s main office building is a library featuring rare historic photos from the Guastavinos’ heyday, along with samples of bricks, bottles, tiles, and glazes crafted by Guastavino and his son. In 1989, the former estate was added to the National Register of Historic Places.

As time and the elements take their toll, Rhododendron’s physical presence slowly fades. But the place still offers a lasting testament to Guastavino’s life and work.

“There weren’t that many people who came from Spain to the U.S. at the time he did, and certainly not many of them came to this part of the country,” Austin says. “Guastavino wanted to live in Western North Carolina. His estate gives us a way to connect to other cultures and other ways of doing things.”

For panoramic views of Guastavino's structures in New York by The New York Times, visit http://www.nytimes.com/interactive/2011/05/01/nyregion/20110501_guastavi...