Home /The Little Theatre that Could

The Little Theatre that Could

The Little Theatre that Could: Thanks to community support, the show always goes on at Peacock Playhouse 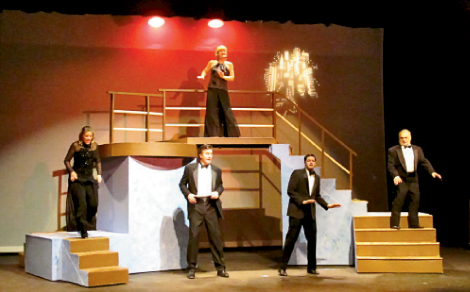 The 250-seat Peacock Playhouse in Hayesville has yet to become the full-fledged performing arts center its benefactor, Lilith Lidseen, dreamt of, but there’s no doubt she’d be proud of the place were she alive today. In more than 30 years, the venue has seen 130 plus shows by its resident performers, the Licklog Players. It’s the only community theater in the far western corner of the state, and attracts actors and audiences from seven counties in Western North Carolina and North Georgia. What’s more, when the theater fell into a state of disrepair and the owners were faced with closing the venue, according to Jane Hindsman, it was a “few citizens who caught hold of that dream again.”

She’s the president of the board of directors for the Lilith Lidseen Performing Arts Association, which formed in 2007 and launched an ambitious campaign to raise $800,000 to purchase and renovate the building. Thanks to a rural development loan from the United States Department of Agriculture, the nonprofit’s initiative is progressing. LLPAA bought the building in 2009 and has replaced the roof, repaired the rigging, and overhauled the electrical and plumbing systems. “We’ve done quite a few things you can’t really see,” laughs Hindsman. With another $25,000 grant on the table this year, which the group will have to match, the organization hopes to install a sound system and address cosmetic repairs. The long-term goal is to build a black box theater.

Today, the Licklog Players’ season is underway, the in-house dance studio is hosting classes, and an after-school drama program will begin this fall. “With a small theater like this, it’s hard to be self-supporting,” says Hindsman. “We can’t afford to bring in professional programs, but I think we fill a different need,” one that cultivates culture and community spirit.