Kickin’ Cauliflower: This veggie is no wallflower in the kitchen of Suzy Phillips 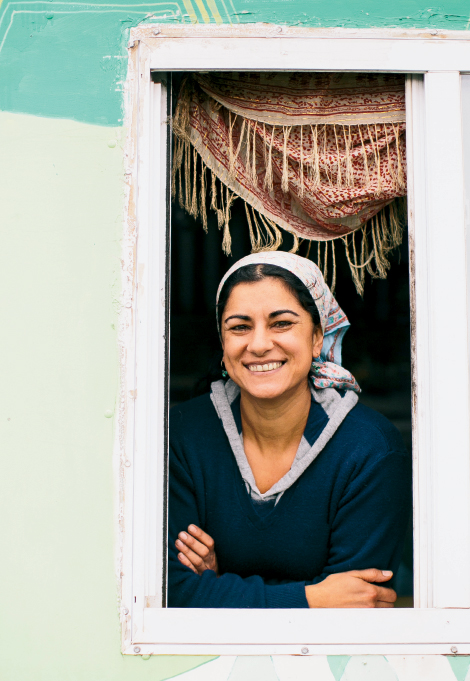 Try to describe the flavor of cauliflower. It’s … um. There’s a hint of … hmm. You could fall back on its texture: Definitely crunchy. Or just say what you really feel: It’s so boring.

As a kid growing up in Lebanon, Suzy Phillips of Gypsy Queen Cuisine in Asheville felt the same way about cauliflower, a kitchen staple throughout the Middle East and Southeast Asia. That was until her mom and culinary mentor figured out a way to get her daughter to eat the veggie—drizzle it with young Suzy’s favorite: tarator, a rich garlicky sauce.

As she grew in the kitchen, Phillips realized that cauliflower’s inherent blandness created a great a canvas for an array of seasonings. “It’s like a potato,” she says. “It can take on a lot of flavors, whether it’s curry or paprika, used in soup or mashed, or made with salt and pepper.”

But it’s her mother’s version with tarator that’s a favorite on the menu of Phillips’ roving food truck. An order is made with half a head of cauliflower, which shrinks as it cooks. First, Phillips flash fries florets, then coats them with garlic aioli and drizzles on the coveted tarator sauce. The heaping portion is a meal in itself, and patrons have caught on, requesting chicken shawarma on top to create a gluten-free masterpiece entrée.

Here is Phillips’ recipe for the beloved cauliflower dish, with a few substitutions and shortcuts. After all, the gypsy can’t reveal all her secrets.

Meal on Wheels
Find the Gypsy Queen food truck at the West Asheville tailgate market on Wednesdays and City Market on Charlotte Street in Asheville on Saturdays. For other locations, visit gypsyqueencuisine.com.