Jazz Standard: Bo Farson keeps WNC in the groove with a society of devoted music lovers 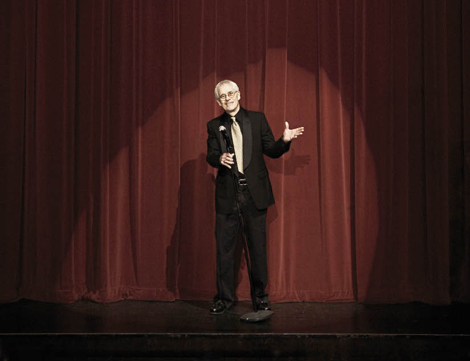 Like so many who have fallen in love, Bo Farson remembers the night that sparked his romance. It was 1964 when he took Idelle on a first date to see jazz legend Rahsaan Roland Kirk in Pittsburgh. “He was an incredible musician,” Farson says. “He could do circular breathing, and played two instruments at the same time.” Thus, two love affairs began that night; one with the woman who he married and the other with jazz. But it was his passion for the music that led him, years later, to found the WNC Jazz Society.

And as love goes, it grew. While working as a teacher at a school in New York City, Farson would share his enthusiasm for the genre by taking his students to see jazz performances in Greenwich Village, where they watched such luminaries as Charles Mingus and Miles Davis (as well as a young Richard Prior who opened for Davis). “We would have so much fun,” he remembers. “The kids didn’t know much about jazz, but those sets were so fabulous it just blew their minds.”

Over the years, Farson amassed a music library of more than 1,500 albums. Though he didn’t play an instrument, he had a keen ear for the sound. So when he moved to Asheville in 2000, he quickly noticed a void in the music scene. “It was the one thing missing,” he says. There was plenty of rock and roll, and a whole lot of bluegrass, but jazz was getting the short stick.

“Jazz has become an international language that bridges differences and brings people of all races, ages, and backgrounds together,” stated Asheville Mayor Terry Bellamy in a 2008 speech proclaiming April Jazz Appreciation Month. In this instance, music not only united Farson and his wife, but has brought together jazz aficionados, musicians, and perhaps a few neophytes across Western North Carolina. —John Clausen

The WNC Jazz Society’s eighth season kicks off March 7 with a performance by Amina Figarova Sextet at Diana Wortham Theatre in Asheville.
Visit www.wncjazzsociety.org for details.