Home /I'll Drink to That

I'll Drink to That

I'll Drink to That: State of Origin fest brings hyperlocal beers from across the nation to downtown Morganton

Eating locally is more flavorful, and thanks to the State of Origin festival happening June 9 in Morganton, more people will learn how tasty drinking locally can be. The event highlights breweries from across the country that brew with local ingredients.

It’s a fitting event for its presenter, Morganton’s Fonta Flora Brewery, which has helped helm the hyperlocal beer trend through its use of regional wild botanicals, such as toasted maple bark. Though initially focused on statewide breweries, the festival’s vision has expanded. “This way, we can showcase different states and different ingredients that may not be local or accessible to North Carolina,” says event coordinator Brit Josa. 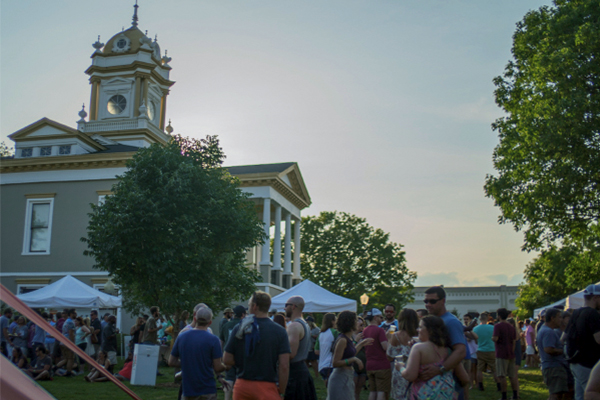 By concentrating on less widely available beers, attendees can sample selections that are often only available in a brewery’s tasting room. Event standouts include brews from Illinois’ Scratch Brewing Company, which uses almost exclusively foraged ingredients including oak leaves, and Jester King Brewery out of Texas, which utilizes myrica gale, a sweet-scented shrub commonly found in bogs. All of the food vendors will emphasize local ingredients, too, and the festival will feature music from regional artists.

With 30 breweries (and counting), festivalgoers can count on a wide variety of brews to sip. “We want attendees to come away with the really unique experience of tasting beers they’ve never tasted before,” says Josa, “right here in Morganton.”