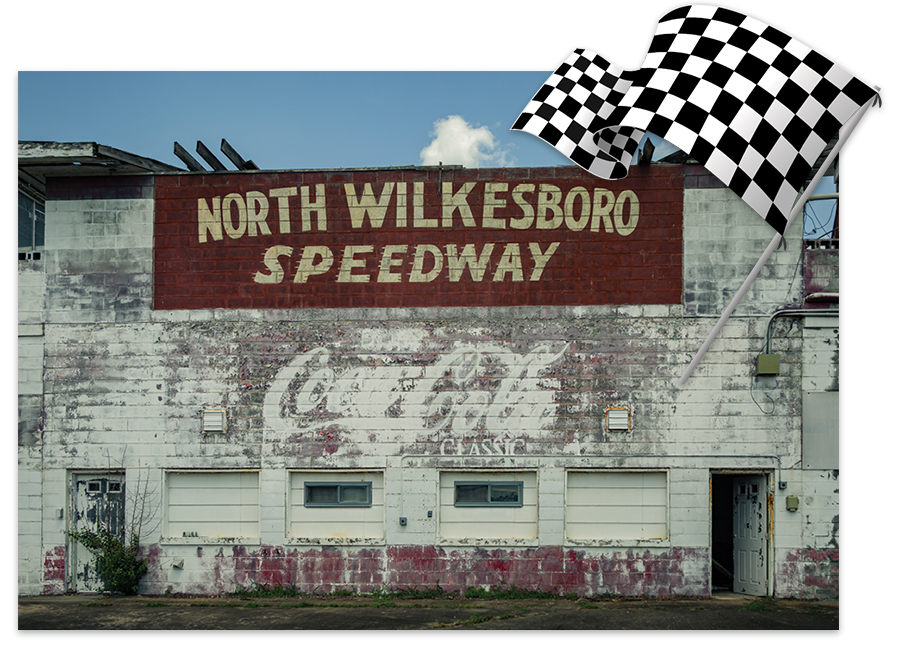 Today’s North Wilkesboro Speedway is a loop of cracked pavement, haunted by the ghosts of roaring engines and cheering crowds. Although it was once a beacon of racing culture, the stadium sat empty for more than a decade. However, this autumn, competitions will resume at the speedway as it undergoes revitalizing repairs.

The 5/8 mile track itself is an homage to to North Carolina’s bootlegging past. U.S. Federal Revenue officers once considered Wilkes County to be the bootlegging capital of the world—a title the county still boasts with an annual festival. Cars modified for added speed to evade the law and transport moonshine through the High Country inspired and cultivated stock car racing into a spectator sport. When the track opened with its first race in the spring of 1947, a crowd of 10,000 watched in awe as a moonshine peddler took the win. 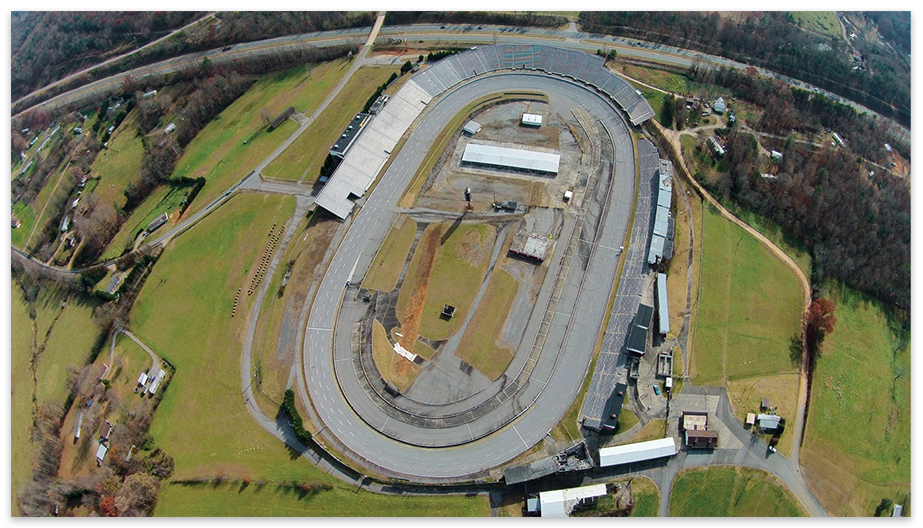 Pit Stop - This fall marks the last opportunity for racers to take a ride on the historic pavement before reconstruction begins.

Soon after its launch, the North Wilkesboro Speedway became a major player in the birth of NASCAR. The final race of the motorsport giant’s inaugural season was held at the track—the fact that there were no seats to hold fans only made it more exciting for onlookers, who got to be closer to the action. However, as NASCAR’s popularity grew, the rural racing community that helped build its success was left behind in the dust. NASCAR delayed the speedway’s demise by hosting a baby grand series in the ‘70s and ‘80s, but no driver wanted to abuse their cars on races they didn’t feel would matter in the long run. Eventually, the death of the North Wilkesboro Speedway’s founder in 1995 did the venue in, and in 2010, a failed plan to bring life back to the speedway fell off the wheels, leaving this once-respected corner of Western North Carolina abandoned once again.

Yet the community never gave up the hope that a revival might stick. May 2022 marked the speedway’s 75th birthday—and a new beginning, thanks to the North Carolina Motorsports Relief Fund, which serves to support motorsports venues impacted by COVID-19. To save its beloved track, Wilkes County received $18 million in aid last year, and this fall, racing will return to the track for the first time in over a decade.

“North Carolina’s speedways are strong economic drivers for communities across the state that bring friends, families, and neighbors together for a rip-roaring good time,” says Governor Roy Cooper when he visited the speedway in May.  “North Wilkesboro Speedway is just one of many racetracks that will be able to cross the finish line on much-needed repairs with these state funds—racing on these tracks is back and here to stay.”

Races will commence again on dirt in October with plans to repave in the future, but for the more courageous drivers, the speedway is holding grassroots races on the original pavement as early as August of this year.