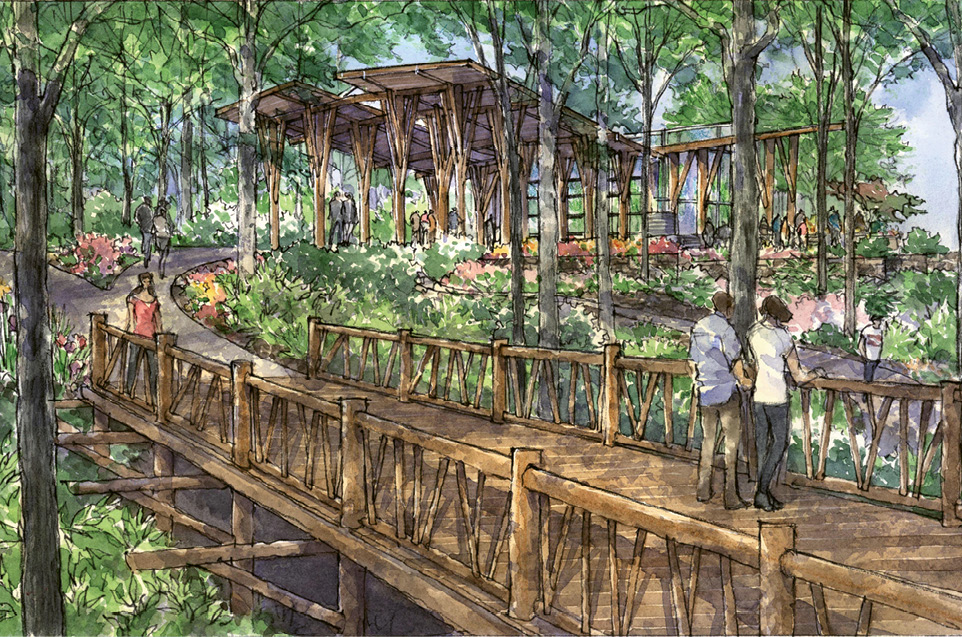 One project is an expansive citywalk that will connect pedestrians with local businesses, event spaces, parks, and playgrounds.​

After losing thousands of manufacturing jobs, many municipalities would be pessimistic about the future. But not Hickory. The city of 40,000 residents is breathing new life into its streets and parks with a master plan that sprang into action this summer.

Dubbed Crafting Hickory, the initiative was springboarded by a $40 million bond package that city voters supported in 2014. Those funds are paving the way for an ambitious and varied set of projects. The first of them, a splash pad water feature at Kiwanis Park, debuted in July. A month later, a second opened: downtown Friends of Hickory Park, the first element of an expansive citywalk that will connect pedestrians with local businesses, event spaces, parks, and playgrounds. Also planned are a riverwalk, improvements to the public tennis center, and additional new parks and greenways.

“The main impact is going to be that Hickory will become a more attractive option for young workers and the companies that employee them,” says Hickory Mayor Rudy Wright. “But it will also promote tourism, boost the morale of our citizenry, and enhance our quality of life.”