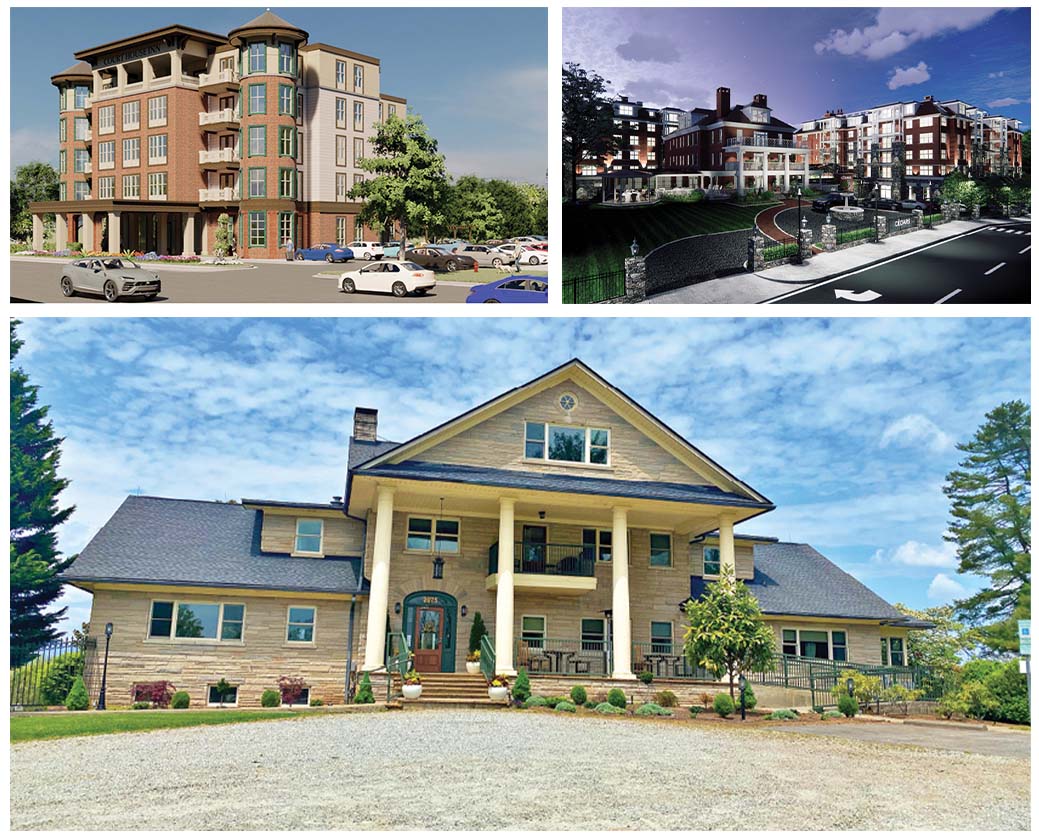 While WNC’s tourism-related industries certainly braced for the worst under the pandemic, Hendersonville’s tourism is showing strong signs of rebounding, as evidenced in three new hotel projects.

Skylaranna Hotel & Resort, named after owners Kevin and Anna High’s adorable four-year-old daughter (who also happens to be the CEO), opened last summer on 50-plus acres of riverfront property north of downtown. The 16,000-square-foot upfitted hotel was originally built as a private estate in 1956 and later operated as a boarding school. It has 12 well-appointed suites as well as a five-star restaurant, Elevations Chophouse, with even more offerings expected to open throughout the year, including 30 cabins, a pool, hot tub, day spa, taproom, and a bakery.

Downtown, two developments are in the early stages. The unofficially named Court House Inn, which just passed city approval at the end of 2020, is slated to be a five-story, 74-room boutique hotel on Church Street, with a restaurant, rooftop terrace bar, and meeting space. The Cedars Lodge & Spa, which is scheduled to break ground in summer 2022, is preserving and expanding upon the historic 1914 Cedars hotel. Led by Tamara Peacock Architects, the project involves renovating the original structure while adding two new buildings that will house residential condos and hotel rooms. A pool, bar and restaurant, fitness center and spa, paddle tennis and pickle ball courts, a private dog park, and a 300-person conference center are all part of the package. This project in particular opens the door for the city to attract business conferences and other large events. It, along with the other new hotels, are seen as a boon that tourism officials anticipate will bring millions in economic impact to the community.