Goats Gone Wild: It’s a party in the streets during Spindale’s newest festival 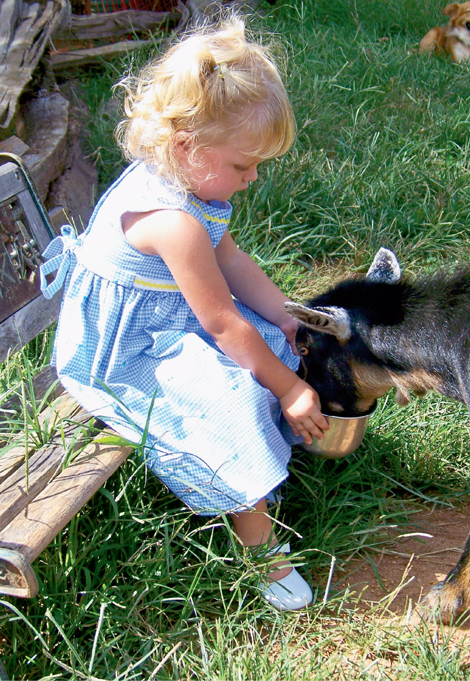 “There’s a law in spindale that says no more than five goats can cross the street at a time,” says Ken Higginbotham. But that didn’t stop him and his partner, Beverly Kalinowski, from seeking city council’s permission for the town’s first Goat Festival and Parade. A goat beauty pageant, Billy Goat Gruff beard contest, and goat cart races showcase the light-hearted side of the event, while Friday night chèvre tastings and three American Dairy Goat Association-sanctioned shows on Saturday are attracting serious breeders. “We’re anticipating about 200 national entrants,” he says. While Higginbotham is nurturing his goatee for the beard contest, he won’t be entering the shows. Surprisingly, he doesn’t even own a goat. As a housing counselor who’s witnessed the effects of the economic downturn in his community, Higginbotham was searching for a way to stimulate the local economy. When the couple learned that the ADGA’s national headquarters are in Spindale, it was just the unusual connection needed to spark the idea. And the town has embraced it. Local restaurants and businesses are participating in various ways, and kids even got to plan their part of the party—a children’s area with activities. The event is also a fund-raiser for Heifer International, an organization that provides impoverished people with farm animals and the means to raise them. Whether or not you own a goat to parade around, the festival presents the chance to help others and see a wild side of Spindale. Photograph by Beverly Kalinowski