Home /Give Me Shelter

Give Me Shelter: Hospitality House nears its 35th year of housing and hunger programs 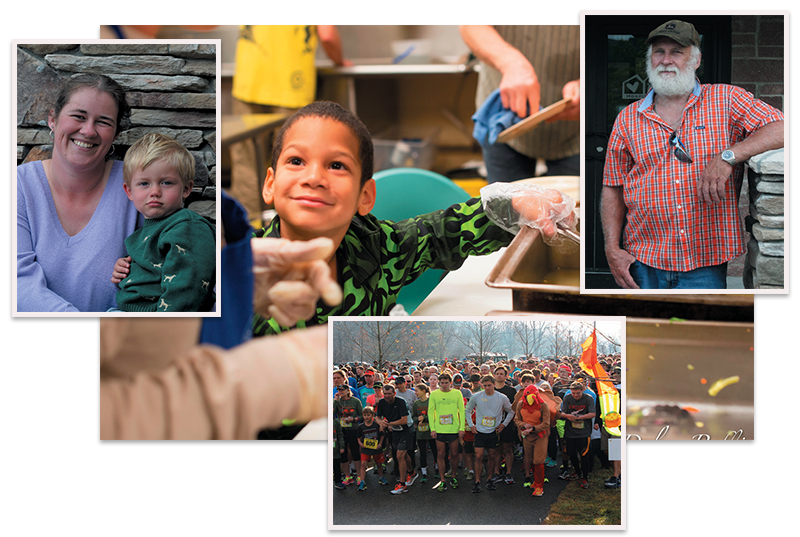 As the problem of homelessness grew across America after the Vietnam War, downtown Boone also saw a rise. For years, a coalition of churches provided temporary housing for those in need, but in 1984, Hospitality House opened its doors for a more holistic, permanent solution. Today, the nonprofit serves seven rural North Carolina counties (Alleghany, Ashe, Avery, Mitchell, Watauga, Wilkes, and Yancey), and works to build self-sufficiency through housing and meals.

The face of homelessness has changed over the decades, too. “Homelessness looks a lot different than what most people think,” Executive Director Tina Krause explains. “It’s the 74-year-old lady abandoned by her daughter, the family of five living in a tent in the woods, the teenager that ages out of foster care with nowhere to go. I encourage folks to take a look beyond the too-old and too-outdated stereotypes and really see the truth about just who is homeless.”

According to the latest data from the US Department of Housing, 43 percent of all homeless families in North Carolina live in the counties where Hospitality House operates. The group’s mission, which will be bolstered by a Thanksgiving fund-raising run, is to create an environment in which people experiencing homelessness and poverty-related crises are equipped to become self-sufficient and productive. “Homelessness is ugly,” Krause says. “We say it all the time—‘We live our lives in the gray here.’ There is no black and white. We take an individualized approach.”

The nonprofit operates an 18,500-square-foot primary facility in Boone, as well as Rock Haven, across the street, which serves people with disabilities. “We’re very big on dignity here,” Development Director Todd Carter explains. “We’re 24 hours a day. When people come to us and they get that bed and that locker, they can actually take a breath and may be able to think beyond survival.”

Carter emphasizes that, contrary to popular belief, the solution to homelessness is not simply to build more shelters. “That’s not what we do, and that’s not the answer,” he says. A rapid rehousing program prevents families from becoming homeless and helps those who are homeless to be quickly rehoused, while a lasting solution is one that provides stability and case management for families and individuals with disabilities or mental illness.

What’s more, Hospitality House has served nearly one million meals through the Bread of Life Community Kitchen and fed more than 50,000 people with its food pantry, which is slated for a major expansion in spring 2019, tripling its offerings. The larger facility will also showcase more of the produce grown in its more than 25 raised beds. Krause says it will help the organization “offer additional services to the community that relies on us for healthy food choices and nutrition.”

Race for the Cause High Country Turkey Trot 5K