Getting Skooled: Blue Ridge Conversions is making people feel at home in a bus 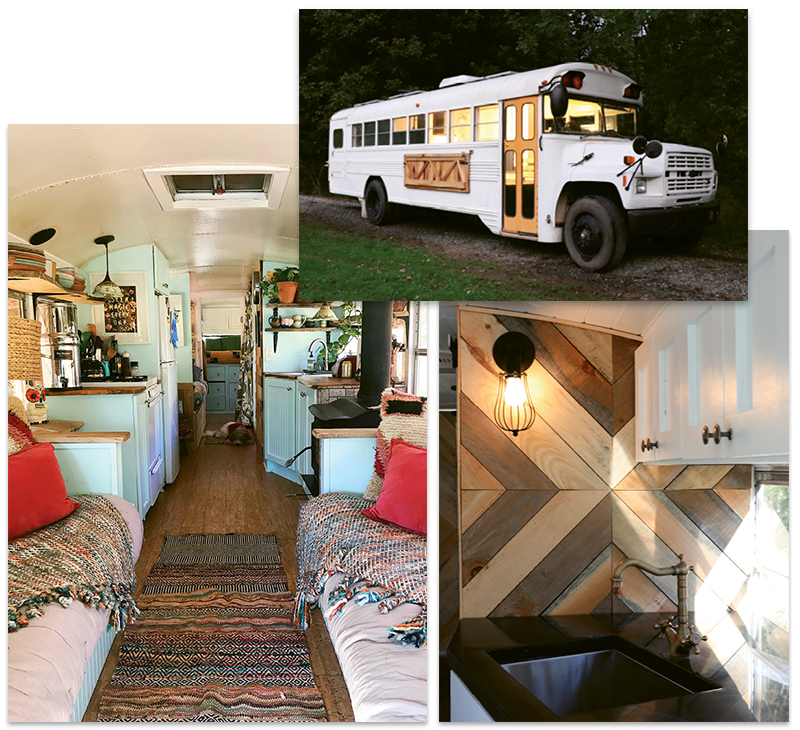 HANDIWORK - Nearly everything is custom made, from the repurposed weathered pine accent wall (right) to the blue cabinets (left).

When Jeff and Stacie Jameson converted a school bus into a home for their own family, they never dreamed they’d be doing it for other people. In fact, they had never even stepped foot inside a converted school bus, or “skoolie,” but Stacie says, “It just felt right.”

Jeff and Stacie also had never been to Hot Springs, N.C., but the Florida couple’s intuition for both the new living space and location proved spot on. They documented the 11-month conversion of their skoolie on social media, and people took note. About a month before their early 2016 move to Madison County, a couple from Germany reached out through Facebook asking the Jamesons to convert a bus for them—and Blue Ridge Conversions was born.

Since that first client, Blue Ridge Conversions has transformed 14 buses, and at press time it was working on three school buses plus two vintage Argosy campers (a shinier painted cousin of the Airstream).

Living in a bus is not akin to living in a van down by the river. There’s no sacrificing quality or style with these conversions; some boast bamboo floors, custom accent walls, and five-burner stoves. “We try to make each one unique,” says Jeff. “From the very back to the very front, we walk through with the clients to design the best layout for them.”

“They want tiny, but they want everything that they would normally have in their house and that’s the most challenging part,” Jeff says. His biggest personal issue with bus living? “Changing out the composting toilet,” he laughs.

Jeff and Stacie agree that the pros of skoolie life by far outweigh the cons. “It draws your family closer,” they say practically in unison. How’s that for family time?