Home /Gather 'Round the Table

Gather 'Round the Table 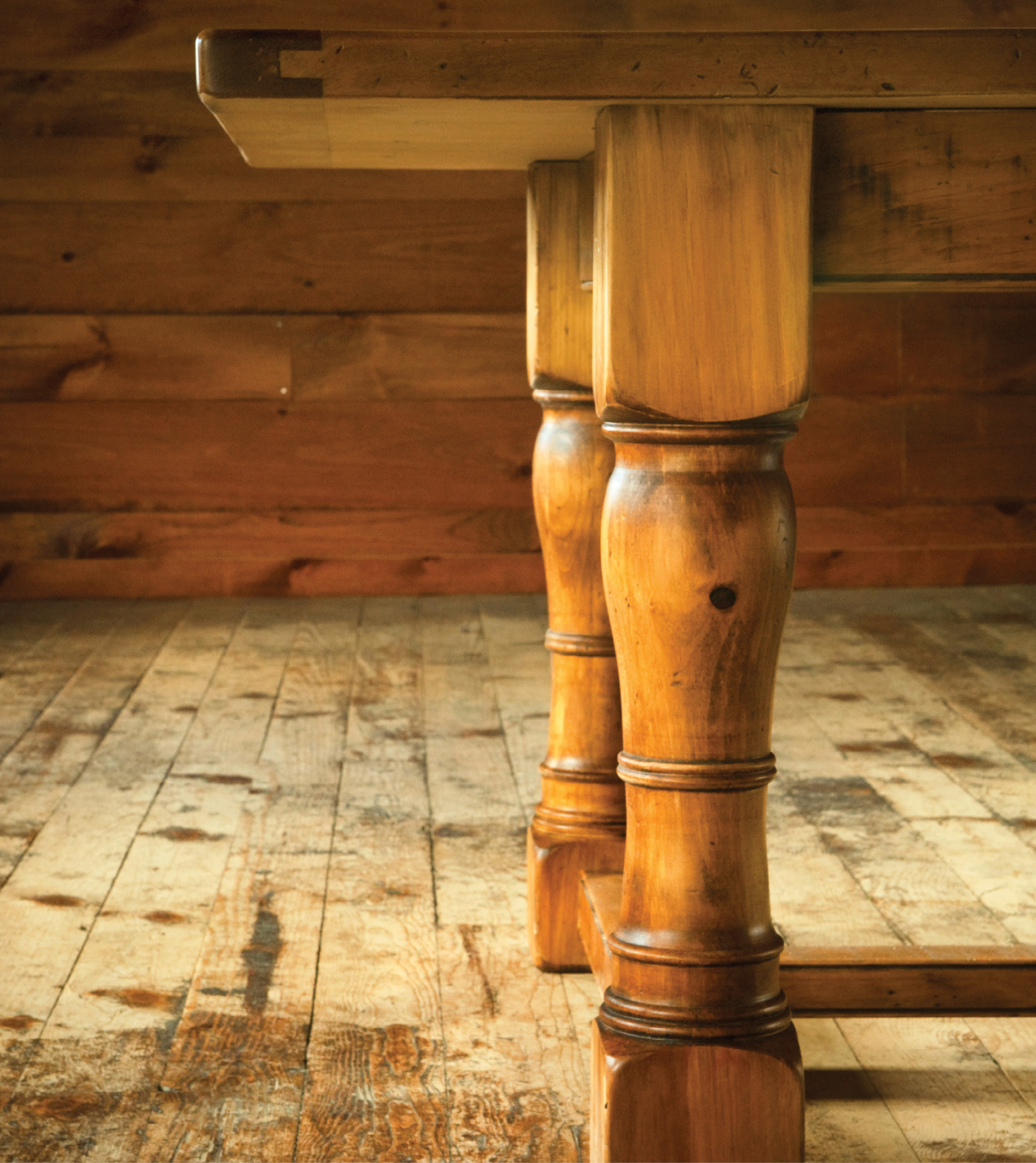 After the purchase of a home, the kitchen table is often the biggest investment a couple or family makes, says Devin Ulery of Carolina Farm Table. It is the place where loved ones gather to share the news of the day, for serious, weighty discussions and for laughter. It’s the place where guests are welcomed: To have a seat at the table is to belong. So it’s not surprising that for the Alleghany County-based company, business is personal.

Ulery’s parents, John and Penny, started the company as Designs in Wood in San Diego in 1972. The couple traveled the country showing their designs at craft fairs, and eventually decided to settle down on the East Coast, first in Asheville, where Devin was born, and later in Sparta, a tiny town where they could set up shop without a lot of overhead. Their new studio was part of what had been the original Lowe’s hardware building, but the company’s growth was a bit of an inverse from that of the home improvement giant. Instead of stretching far and wide, their business grew more specialized and their product line more focused—from the early days of birdhouses and scrollwork mirrors to the furniture they focus on today: tables, mostly for dining but also for offices and storage.

Pine and cherry are the woods they work in most often, but they use reclaimed wood on occasion as well. Sturdy and welcoming describe Carolina Farm Table’s aesthetic, but for Ulery, the company’s most distinctive quality is its partnership with the customer. Tables (and other pieces such as chairs and hutches) are truly made to order, with the dimensions determined by the space they will be used in. It’s a more personal connection between artisan and consumer, and it’s one that he sees becoming more sought after. “People really like to find a custom shop, to come and meet the makers,” he says. That’s become increasingly possible as retirees and second-home owners have discovered this tucked away corner of North Carolina. But having an online presence has also helped the company immeasurably with discoverability.

Growing up in Sparta, Ulery says he dreamed of living somewhere far away and left to study photography at Randolph Community College, later spending time in Berkeley and Boulder. But when he met his wife, Anna, then a student at Appalachian State, he was drawn back to the area. Together, the two re-envisioned the elder Ulerys’ business, and with 11 employees, it’s thriving like never before. John and Penny are still involved, but have plans to retire soon. For Devin, the custom nature of the work makes it always exciting, always new. Then there is the purpose of the pieces: Each will become central to the life of the home; not just a piece of furniture, but a part of memories being made.