Home /A Forest for All

A Forest for All

A Forest for All: DuPont State Forest’s storied journey from industrial lands to beloved recreational resource 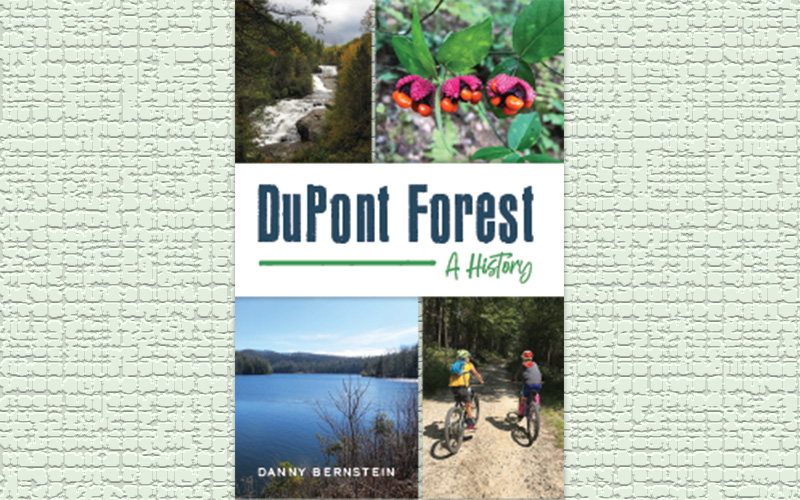 In a nation still pockmarked by poisoned brownfields, DuPont State Recreational Forest offers more than 10,000 acres of hope. Forged out of lands once held by the DuPont chemical company, which made silicon and X-ray film at its factories in Transylvania County, the site is now home to protected and treasured areas there, and in neighboring Henderson County, that draw outdoors lovers of all stripes.

Danny Bernstein, one of WNC’s most prolific hikers and trail writers, provides the place overdue attention in her new book, DuPont Forest: A History. She recounts in detail the political struggles and activist campaigns that ultimately put the land in public hands, relays little-known stories from longtime locals, and shines most of all when describing DuPont’s evolving uses. It’s one of the rare locales where visitors can take in stunning waterfalls, camp in pristine environments, and hike, bike, fish, float, hunt, and ride horses in unique natural splendor, which has served as a set for blockbuster movies like The Hunger Games. “If we believe that we only care about places we’ve seen and experienced, then DuPont Forest should be well loved,” Bernstein writes. “Visitors have increased year after year.”

Fittingly, Bernstein’s book arrives on this state jewel’s 20th anniversary—and at a time when many are aching to get out and about. Still, it’s an early birthday in the life of a forest. “DuPont Forest is young,” she notes, “and its future is still unfolding.”