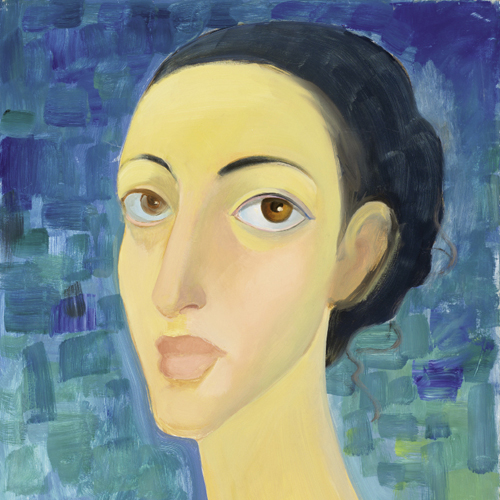 For nearly two decades, Vadim Bora was a powerful presence in the WNC fine art scene. Born in what’s now the Republic of North Ossetia-Alania in the Caucuses, he arrived in Asheville in 1993 and operated two galleries downtown before his unexpected passing in 2011. From his studio, he mentored many local artists. While Bora is widely known for his sculptural works, including a number of public commissions for Asheville and other cities across the country, he was also a painter of landscapes, abstracts, and portraits, often working with live models either by commission or opportunity. “Vadim was a prolific artist, but his portraits are particularly strong,” says Denise Drury of Western Carolina University’s Fine Art Museum, which will host an exhibition of the artist’s portraits starting January 29.

The show features about two dozen works: acrylic and oil paintings, works on paper, busts in bronze, and caricatures. “Bora’s work possesses an eccentric, dream-like quality not dissimilar to another well-known Russian-born artist, Marc Chagall,” says Drury. “His use of color attracts and captures the viewer as does the personality embodied in his portraits and caricatures.”

“I feel a great responsibility to cultivate the artist’s legacy and continue to show Vadim’s art so the narrative of his life’s work continues,” says Constance Richards, Bora’s wife and curator of his work, who collaborated with Drury and her colleagues on the show. “He was a great teacher and mentor, and his work continues to teach and inspire.”