Drink Up: Mark your calendar for a slew of craft beer events 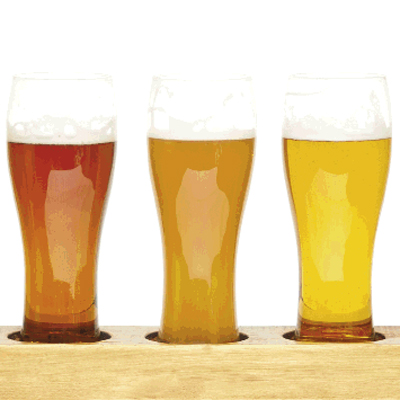 Asheville Beer Week & Beer City Festival
May 22-30 | Asheville
These days in Asheville, beer rivals the Biltmore as a main attraction. With some 20 breweries and counting, this weeklong celebration is a chance to taste them all, if you dare. The week includes tastings, pairing dinners, educational events, a Just Brew it Homebrew Festival on May 23 at Wedge Brewery, and culminates with the Beer City Festival on May 30 in Pack Square Park. www.avlbeerweek.com

Race to The Taps
If you like to exercise and drink beer (perhaps not at the same time), here’s a six-pack of timed road races that begin and end at a handful of the area’s craft breweries. The next one is June 12 at Pisgah Brewing Company in Black Mountain. www.racetothetaps.com

State of Origin Craft Brew Festival
June 13 | Morganton
At Fonta Flora in Morganton, the artistic approach reigns supreme; the brewery places an emphasis on crafting Belgian-style beers from seasonal flora. Which is why, during this festival, they’ve invited 16 breweries from WNC and the Piedmont to offer up libations that embrace native flora and fauna. www.fontaflora.com

Beer Bloggers & Writers Conference
July 17-19 | Asheville
Here, here. Bloggers and writers who enjoy beer, this conference is for you. The weekend is filled with panel discussions on the topic of beer, plus dinners, tastings, brewery tours, and plenty of socializing. www.beerbloggersconference.org

Waynesville Craft Beer Faire
August 1 | Waynesville
If you haven’t heard, Waynesville has a beer scene that’s on the rise. This festival features music, food, beer education displays and workshops, as well as the opportunity to taste the local suds. www.waynesvillebeer.com