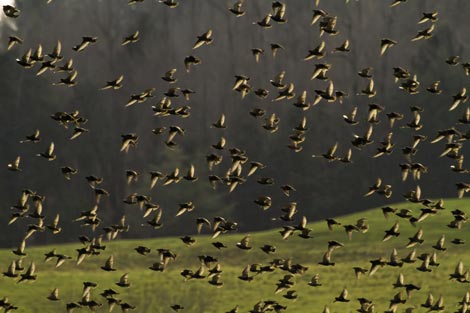 The truly powerful thing is—grace
is an amazing flight.
Just when I thought I was grounded in loss,

where the mountain peaked with purpose
and where I heard them speak in a language
of shooting stars and flocks of wrens rising,

pointing me in the direction of within.
Sure, there were flyers too announcing
a Poetry Slam and The Asheville Poetry Festival.

But how this poet loves the longhand script of the Universe.
So, let me just say, poetry called my name in many ways
and I saw, listened and followed. I found myself walking

between the worlds down a dark alley alone, Carolina Lane.
where a tribe of word-warriors were bending their bows
slinging their hearts around in the shape of healing.

Through the Green Door I caught an arrow
that pierced my already broken heart. With poetry
the whole shattered mess flexed into a circle of mending.

Into my lungs I breathed air
only heightened altitude can bring:
a shift in perspective.

My throat, a clenched fist opened.
Threw off the boot that tamped down
300 years of silence.

Each poem a fashioned hammer
flying out of my mouth with the fluency
of rage and love: Songs of Freedom.

With sojourner’s ink
I warmed my veins.
Shape shifted myself

South Carolina’s soil.
I rose out of
where I came from

flared my wings
in a fierce act
of resistance.

I roam the world
still speaking in
a fluent poem tongue

Glenis Redmond is a full-time performance/literary poet dedicated to traveling the globe. She is a Teaching Artist with the Kennedy Center for the Performing Arts in Washington, D.C. Her Master’s of Fine Arts in poetry is from Warren Wilson College, and her latest book is titled, Under the Sun.