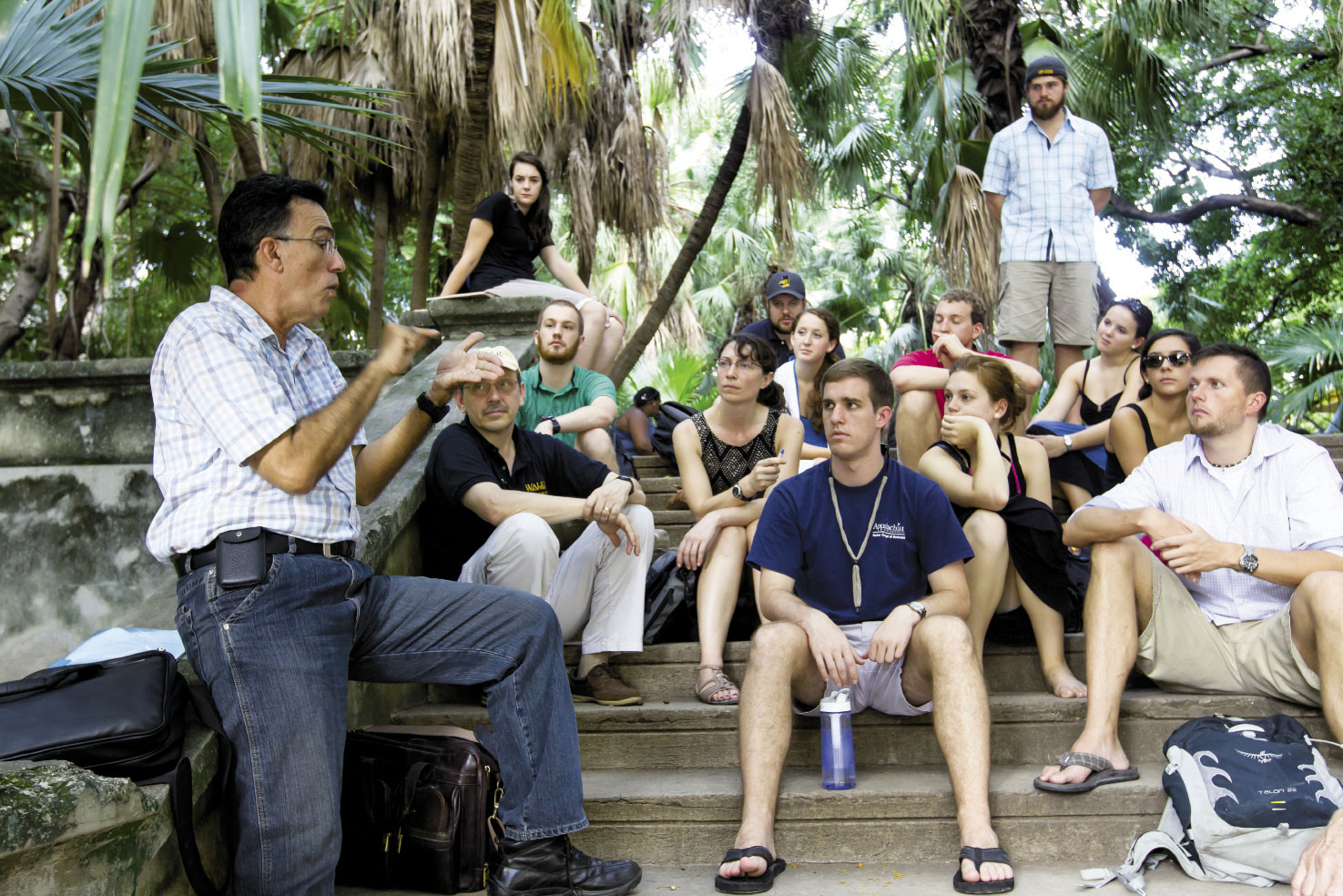 A Cuban economist talks with ASU business students in Havana.

Fresh on the heels of last year’s historic diplomatic thaw between the United States and Cuba, Appalachian State University has made a breakthrough of its own with the island nation. In May, ASU officials signed a formal exchange agreement with counterparts from the University of Havana, opening the door to a wide range of academic cooperation.

The development comes after years of bridge building between the two universities.  Since 2010, almost 150 ASU students, faculty, and staff have studied in Cuba, but only under piecemeal programs. Now, with the new partnership, opportunities for exchanging students, teachers, and research abound. “It’s huge—kind of like the Berlin Wall coming down,” says Joe Gonzalez, an ASU assistant professor who helped lead a class, Rhythm and Revolution: Exploring Music and Dance in Cuba, that visited Havana and other parts of the country in May. “It hasn’t come down all the way yet, but it’s definitely got a lot of cracks in it now.”

Meredith Church, international programs coordinator for ASU’s College of Business, says the exchange plan will strengthen classes she already coordinates that focus on the Cuban economy. Especially given the long-running rift in U.S.-Cuban relations, there’s nothing like getting a firsthand view of life on the island. “It’s been great to hear from people who are right in the heart of what’s going on, giving us information about the Cuban economy and the rise of Cuban entrepreneurship,” she says. “Every year we go, something new has happened, something has changed, and this feels like an especially important moment in history for our two countries.”