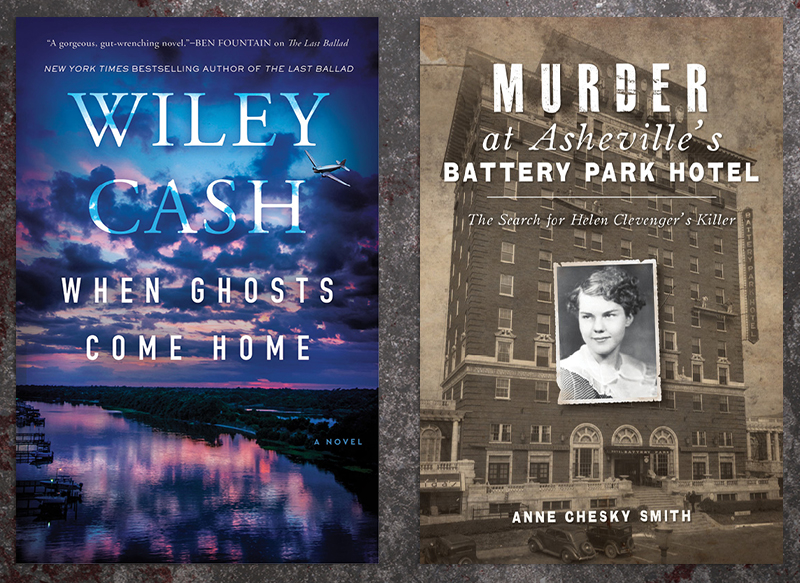 He was born in Gastonia and currently lives in Wilmington, but we’ll still gladly claim UNC Asheville Alumni Author-in-Residence Wiley Cash as one of our own here in the mountains. His new novel is set on the other side of the state, in a coastal backwater county where the sheriff grapples with a terminally ill wife, a daughter in crisis, and a mysterious plane crash that prompts a murder investigation and roils both local politics and long-brewing racial tensions. While When Ghosts Come Home’s setting is a geographic relocation from Cash’s usual milieus, his character building and storytelling are as compelling as ever.

When someone murdered young Helen Clevenger in her room at Asheville’s swank Battery Park Hotel on a stormy night in the summer of 1936, the case riveted not only the mountain area but the nation as well. While a Black employee of the hotel was convicted and executed for the killing (after beatings by law officers that may well have prompted his confession), leads pointing to potential white suspects fell by the wayside. Author Anne Chesky Smith, executive director of the Western North Carolina Historical Association, gives the story its first full telling, raising still-unanswered questions about race and justice. 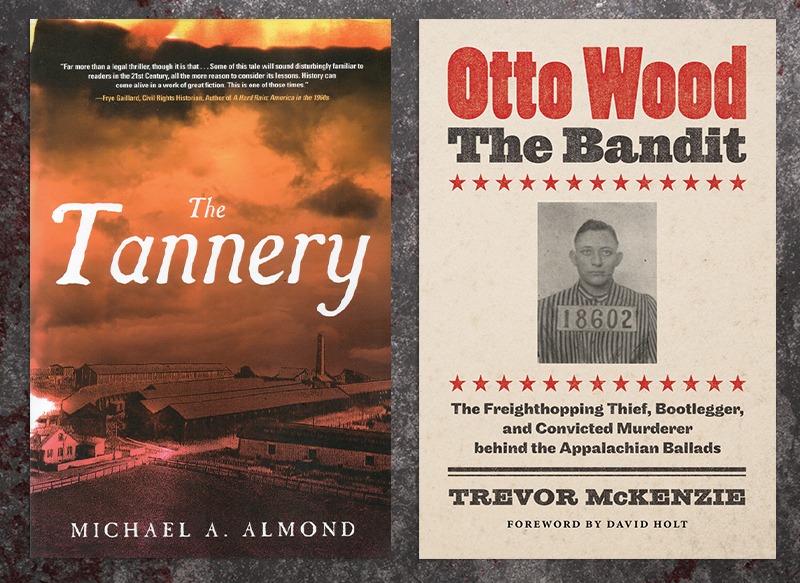 The Tannery by Michael A. Almond

In this debut novel from retired attorney turned writer Michael Almond, the brutal murder of a socialite in 1900 sets Wilkes County ablaze with fear, intrigue, and power struggles that parallel state-level machinations in post-Reconstruction North Carolina. Some familiar characters from history are joined by fictional ones, and Almond’s depiction of the fractious politics and festering inequalities of the era offer a bracing account that’s rich in period detail. When a Black suspect is arrested, the specter of Klan-inspired lynching and racial injustice in the courts haunts the narrative, making this whodunnit all the more engrossing.

An archivist and mountain musician who was recently named director of ASU’s Center for Appalachian Studies, Trevor McKenzie tells a hell of a true story in Otto Wood the Bandit. Though he was beset by a club foot and a hand mangled in a hunting accident, Wood still managed to repeatedly escape from prisons small and large, earning him the nickname “The Houdini of Cellblock A.” His legend grew with each jailbreak, and his saga morphed into songs performed by the likes of Doc Watson. McKenzie finally offers a fuller account of this unlikely and much-mythologized criminal mastermind.