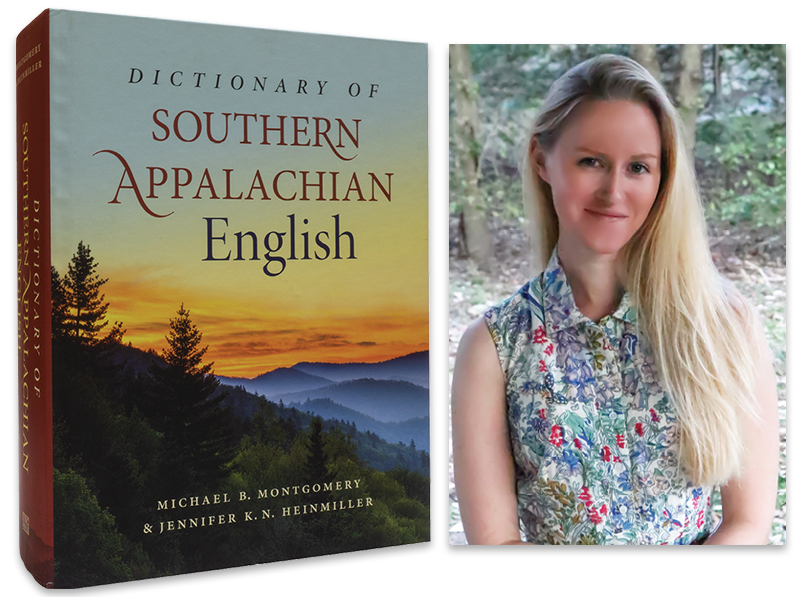 Eighty-five years of research come to fruition in the newly published Dictionary of Southern Appalachian English. Ringing in at 12 pounds, with 1,225 pages and around 10,000 entries, this comprehensive lexicon is a marvel to hold, not to mention peruse. From Georgia to the Carolinas to West Virginia, mountain folk of all walks may recognize some words but find themselves gaping at others. The origins of some of the entries stretch back to the Civil War era, with words rooted in the vast variety of Appalachian communities.

Researched, written, and edited by Michael B. Montgomery and Jennifer K. N. Heinmiller, the work, published by University of North Carolina Press, is an expanded version of Montgomery’s 2005 Dictionary of Smoky Mountain English. Montgomery, who passed away in 2019, was a professor of English and linguistics at the University of South Carolina, where he met Heinmiller, a graduate student at the time, who went on to complete the project.

That’s hardly Heinmiller’s only labor, however: even as she co-wrote and -edited the dictionary for over a decade, she worked full time. Currently an Asheville resident, she’s a translator with a passion for minority languages. Her devotion to the topic is evidenced not only in this hulking volume but in her ongoing podcast, Appalachian Words.