The Centenarians: Meet five Western North Carolinians who have lived to 100 and beyond 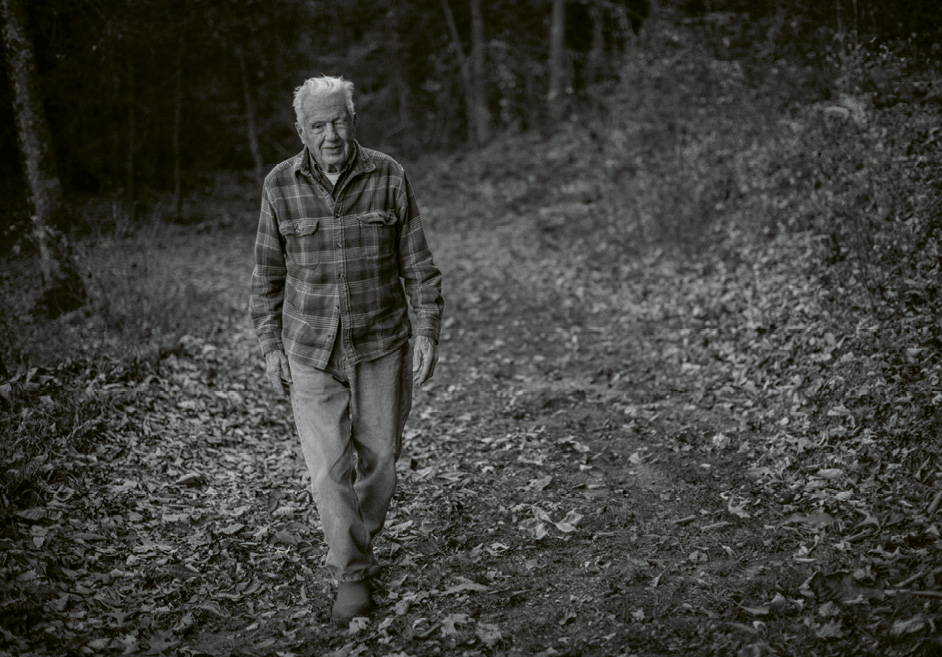 The average life expectancy in Western North Carolina clocks in at about 78 years, but a small number of mountain residents live to see 100 and beyond. We found five local members of this exclusive club—the centenarians—and asked them to share key memories, lessons, and their secrets to living a long and healthy life.

A New Jersey native and chemical engineer by trade, Humphrey moved to Henderson County in 1968 and has spent much of his “retirement” actively involved with the Carolina Mountain Land Conservancy, a nonprofit he cofounded. We spoke with him at his home in Mills River, which is situated on land he has personally conserved.

Secret to longevity? “You get enough sleep, you watch your weight and what you eat, you try not too worry about things too much. I’ve never been overly ambitious, naturally. I’m comfortable, but I’m not wealthy, and I don’t have any desire to be.”

Sage advice: “Avoid the cities, except when you have to work in them and such, and get plenty of outdoor living for the atmosphere and the exercise.”

Bowers lives just a mile or so from where she was born, and notes with pride that she’s never strayed far from her mountain community of Jefferson. “I’ve lived in this area all my life,” she says. “And I wouldn’t trade Ashe County for all of California and everything between here and there.”

Secret to longevity? “I’ve worked hard, tried to live right, tried to be a good neighbor and to be good to everybody. I don’t know whether I have or not, but I have a lot of friends. When I had my 100th birthday, over 300 came to my party. I had so many young people come to my party that I felt I must be a little influence on them.”

Sage advice: “I would advise all people, when they get married: Listen to your spouse and be good to ’em.”

Russian-born and Bronx-raised, Percival has lived in Watauga County for the past 28 years and has enough stories to write three memoirs—which is exactly what she did after a career in editing and publishing. Looking back, she says, “The important thing is that I’m still the person I was, only very old.”

What’s surprising about me: "I’m constantly surprised by the fact that I’m still alive. But I guess the most surprising thing is that I published my first memoir at the age of 88, then wrote two more. The last one came out when I was 95.”

Proudest accomplishment: “My family: The fact that I created a tribe out of a single, lonesome woman, and they were all good people. Not a safecracker in the lot.”

Secret to longevity? “I don’t know—maybe I’ve always been too busy to sit down and grow old. It was just that I didn’t stop—I went on being active.”

“I have Alzheimer’s disease,” Hall says, but she summons long-ago memories, sometimes with the help of family, including her nine children, 26 grandchildren, 33 great grandchildren, and 31 great-great grandchildren. An Ashe County native, she’s spent most of her life in nearby Avery County, where she resides today.

What’s surprising about me: “My nickname, Toots, came from my daddy, who called me ‘little tot.’ He got killed in a coal bed in West Virginia when I was five years old.”

Work life: “I worked in the fields, cleaned houses, worked the cabbage patch, picked beans, farmed, and got married during the hard times of the Depression. I worked all day for a dollar.”

Secret to longevity? “Well, good food—get lots and lots of fruits. I didn’t smoke or dip snuff or drink, either.”

Born in Wilkes County, Phillips has lived most of her life in Ashe County, her current home. She raised three children and farmed for much of her working life. At one point in our interview, she said, “I ain’t got sense enough to teach you nothin’.” We beg to differ, and found Phillips to be a real pistol.

What’s surprising about me: “Well, I can shoot a gun alright, and I carried a pistol. I don’t now, though—if I did, I might get mad and shoot somebody.”

Secret to longevity? “Just be a good person, is all I know. Take care of yourself and be good to everybody.”

Sage advice: “Have kids—that’s what keeps the wheel a’rollin’. If there wasn’t no kids, there wouldn’t be no old people before very long, you know it?”