Home /The Cavern of Skulls

The Cavern of Skulls

The Cavern of Skulls: A harrowing, Halloween-perfect tale from deep in Western North Carolina 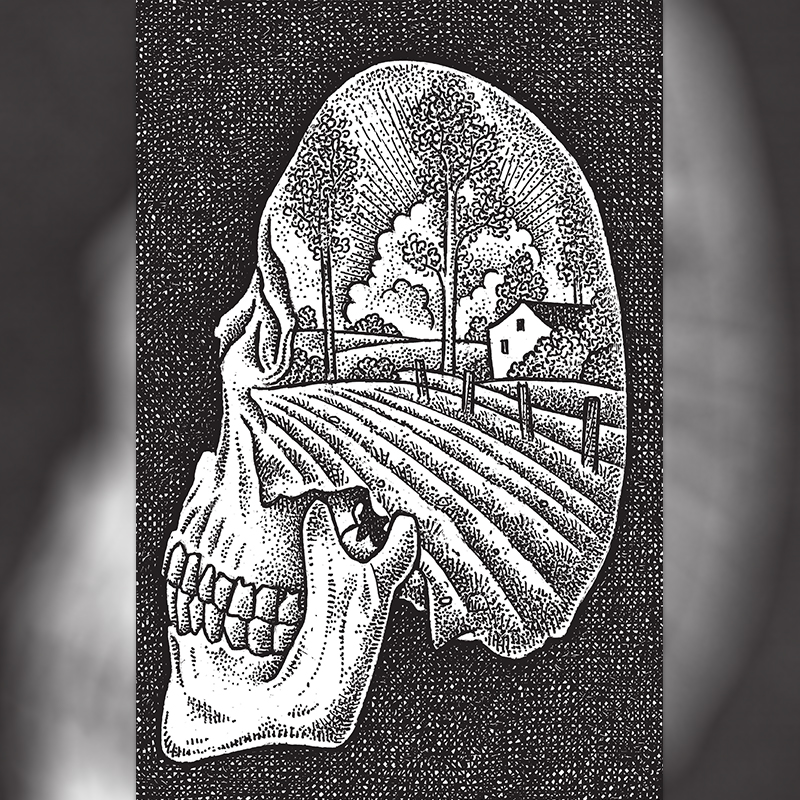 There was once a farmer who lived in these here hills who built his settler cabin near a cave. He didn’t know the cave was there, until the day the farmer found his old hound dog chewing on a human bone. The farmer took the bone from him and studied it. It looked real old and brittle.

“Where’d you get this old bone?” the farmer asked the dog. The hound sniffed the bone and then set off at a run, eager to find a replacement. The farmer followed his dog through the forest until the dog disappeared behind some shrubbery. When the farmer thrust it aside, he felt a rush of cool air and saw the large mouth of a cave.

When the farmer cautiously followed his hound dog into the cave, he stumbled over a half-buried skull. The farmer gave a shriek of terror, and then laughed at his own foolishness. The person that skull belonged to was long dead. He explored the cavern as far as the light from the entrance would allow, promising himself that he’d come back later with a lantern. He noticed there were a great many skulls piled up inside and decided the cave must have been a burial ground many years before.

Now the polite and respectful thing would have been to leave the old bones where they’d been laid to rest. But the farmer wasn’t polite nor respectful when it came to money. He saw the skulls as an opportunity to save some cash. You see, the last time he and his missus went to town, a traveling salesman had been selling a special fertilizer that he claimed would make vegetables grow twice as big. The missus’ eyes got real big when he showed her a squash the size of her butter churn. She wanted her husband to buy some of that fertilizer, but the cost was sky high and the farmer said no. The missus had been plaguing the daylights out of him ever since. The farmer figured he could take these old bones and grind them up for fertilizer so his missus would stop her nagging. 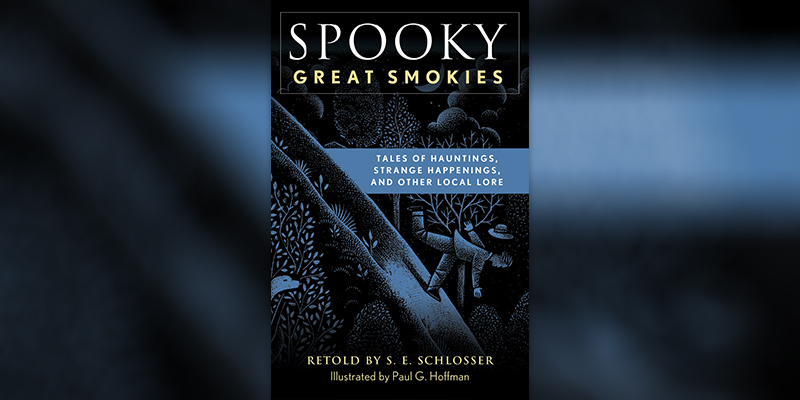 “The owners won’t mind a bit,” he told his hound dog, who was chewing on an arm bone. “They are long gone. And the missus will be right grateful.”

So, the farmer got some sacks and filled them up with skulls. Then he hauled them back to his farm in a cart and tumbled them any old how into his shed. Just then, his missus came to the door of the cabin and shouted out that dinner was cooked, so the farmer shut the shed door and went to eat his supper.

“What you got in all those sacks?” asked the missus as she ladled soup into his bowl.

“I got some of that fertilizer you’ve been hankering for,” the farmer said.

The missus squealed with happiness and gave him a smooch that nearly knocked his socks off. What with one thing and another, the farmer didn’t get around to grinding down the skulls that evening.

It was as dark and still as any night you’d ever seen in these mountains when the farmer snuggled down in bed to sleep with his missus, who was happier than a young ’un about her fertilizer. He was sleeping sound when a roar like the coming of a big cyclone woke him. The farmer raced to the window, a-fearing the house was going to be swept away. “Margie, get up right now,” he shouted. “We gotta get down into the root cellar.”

But when the farmer looked outside, the night was calm and still. There were no clouds in the sky. No wind rustling in the trees. He didn’t even hear the chirping of the crickets or the rustling of night critters in the bushes. The forest was so quiet it gave him goose bumps. The silence weighed on the farmer as if he were covered in a thick wool blanket. It was hard to breathe in the dead air.

The farmer’s hands were shaking when he tried to rouse his missus. He needed the sound of her voice to drive away the threatening silence. But his missus wouldn’t wake. It was like she was under some kind of sleeping spell.

The farmer hollered for his hound dog to come, but his voice sounded thin and stretched. It echoed slightly, like he was talking into a tin cup. The sound was strangled by the silence before it was a foot from his body.

The farmer’s ears stretched for a noise—any noise. His ears were ringing slightly and he pressed his hands over them, trying to make it stop.

Then the roaring and clacking sound came again, swirling through the silence but not eclipsing it. The farmer staggered to the window, expecting the roof to come off at any second, ripping him and his missus into the gaping maw of the cyclone. What he saw was more terrifying than a storm.

Surrounding his cabin was a band of shadow figures, circling and whirling like autumn leaves. They wailed into the deadened silence. Each individual voice was faint and tinny, but together they made the cyclone sound that first woke him. Red witch lights appeared and disappeared among the shadowy band. Every revolution of the massive circle brought the spirits a foot closer to the house. It would not be long before the ha’nts burst through the walls and claimed the lives of the farmer and his missus.

“Hits the spirits of them old skulls,” the farmer gasped. “They’ve come to get me!”

The wails of the dead grew louder. Red spirit lights flashed brighter than fireworks. The farmer clapped his hands to his head, afraid the screeching would drive him mad. He dropped to his knees and started praying, hoping the holy words would keep the ha’nts at bay.

The unearthly roar continued until first light rimmed the horizon. When at last it faded, the fearful farmer staggered to his feet and ran outside to the shed. He piled the sacks full of skulls into his cart and brought them straight back to the cave, where he laid them out all respectful and proper. Then he blocked up the entrance with brush and stones so his hound dog couldn’t get in and steal any more bones.

When he got home, the farmer found his missus cooking breakfast with the hound dog begging for scraps at her feet. He gave a sigh of relief when he realized everything was back to normal.

His missus looked up from her cooking with a twinkling smile, still tickled that he’d bought her the special fertilizer. Then her eyes bulged, and she shouted: “What happened to ya? You’ve done gone old!”

The farmer stared at her blankly, then looked down at his hands. They were gnarled up and pitted with age. When he looked at his reflection in the mirror, he saw that his hair had turned snow white.