Boone Tunes Up: An Appalachian Summer Festival celebrates 30 years of showcasing the arts 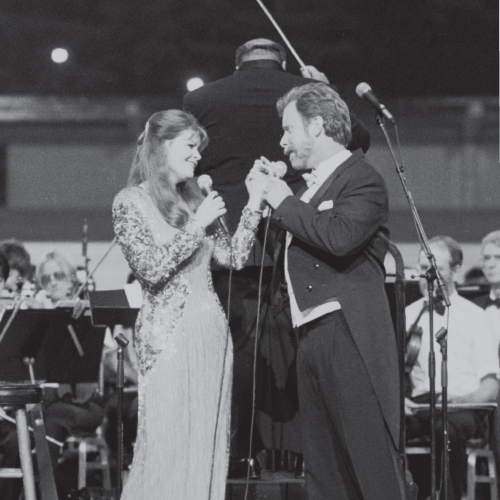 Who could have predicted that a chamber orchestra series launched by a committee of High Country classical music lovers in 1984 would grow into a month-long multi-arts festival drawing 26,000 visitors annually?

After 30 years, An Appalachian Summer Festival still celebrates classical music, but now also features pop, Broadway, visual arts, dance, theatre, and film. “People come to see the big acts, then stay to explore all the other activities we offer,” says Megan Stage of Appalachian State University’s Office of Arts & Cultural Programs, which produces the festival. Many traditions have carried through despite the evolution of the Boone-based event. “The original Broyhill Chamber Ensemble still performs, and the founding families are actively involved,” Stage says.

Aside from ticketed events, free and family friendly activities also abound, including a Lunch and Learn on the evolution of Broadway, the Dance Theatre of Harlem’s presentation The Making of a Ballet Dancer, and a screening of Disney’s 1967 film The Jungle Book. With such arts exposure available to younger generations, you can bet this festival will see another 30 years and more.