Boo-yah!: Explore WNC’s supernatural side with a ghostly tour 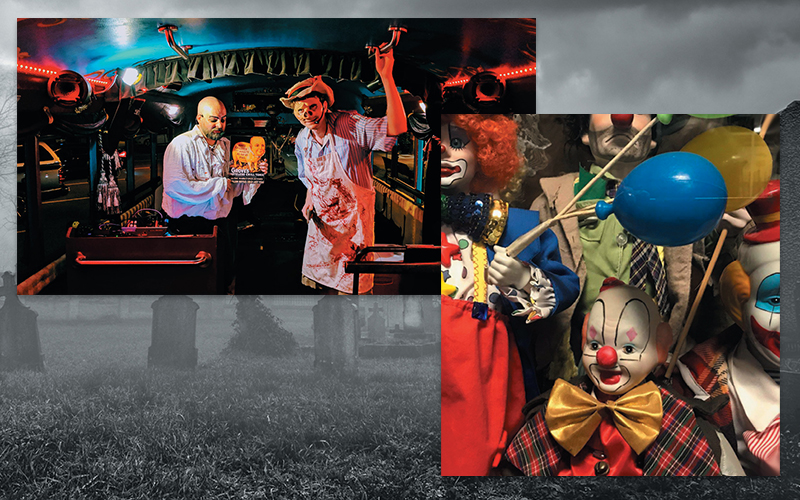 Led by a team of paranormal researchers, the Legend Has It Tours locks guests inside the Cherokee County Historical Museum, where guides use Native American and 19th-century pioneer artifacts along with ghost hunting equipment to delve into Murphy’s haunted history. $30; (828) 356-8166; legendhasittours.com

Get a spooky education with History, Haunts and Legends of Haywood County, which examines the storied people, places, and architecture of downtown Waynesville during guided walking tours that combine sightseeing and folklore. $20; (828) 246-6777; historyhauntsandlegends.com

Offered October 19 and 26, Candlelight Ghost Tours exposes the fabled spirits that besiege downtown Wilkesboro through strolls to haunted locales, including a Revolutionary War-era cabin and the town’s old jail, which once housed the infamous Tom Dooley. $10; (336) 667-3171; www.wilkesheritagemuseum.com/ghost

Experience the dark sides of both downtown Asheville and Biltmore Village with Haunted Asheville. Helmed by noted paranormal investigator Joshua P. Warren, these walking tours also include instructions on how to use ghost hunting equipment. $20-$23; (828) 318-8579; hauntedasheville.com

With excursions in downtown Asheville, the city’s historic Montford neighborhood, and nearby Black Mountain, Ghost Hunters of Asheville’s interactive outings blend history and intrigue with paranormal tracking devices like EMF meters and dowsing rods to reveal the haints behind the area’s most haunted spots. $20; (828) 424-1089; ghosthuntersofasheville.com

Expect snickers along with shrieks when you climb aboard LaZoom’s Haunted Comedy Tour, which delves into some of the city’s most ghastly affairs from inside the iconic bright purple bus. An added bonus? This one’s BYOB. $26; (828) 255-6923; lazoomtours.com