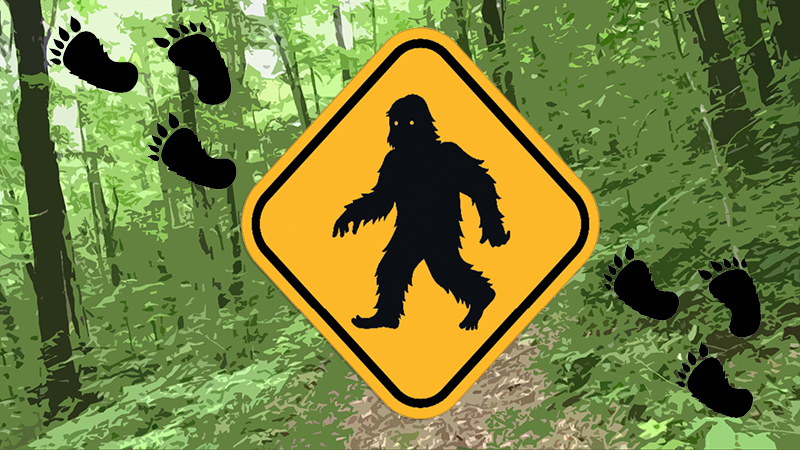 The giant, yet illusive, creature has gone by many names: Old Hairy Bill, Red Eyes, Forest Devil, Sasquatch, and Bigfoot among them. Around here, searchers call him the Beast of the Blue Ridge, and the inaugural WNC Bigfoot Festival will hopefully draw him out of the woods at last.

Happening September 8 in Marion, the festival promises equal parts fur and fun. There will be Bigfoot aficionados aplenty, Bigfoot paraphernalia for sale, a bounce house for the kids, food vendors, a fun run, and Bigfoot calling and knocking contests (the beast is said to frequently knock on trees). Festival organizer John Bruner, who heads the local search group Bigfoot 911, insists he isn’t joking. “We are gonna do it big and do it right,” he said when he announced the celebration earlier this year.

Bruner, a recently retired paramedic, is in the vanguard of McDowell County Bigfoot seekers. The members believe they are hot on the disputed animal’s trail and claim to have found some footprints and even seen the real deal in 2017, near Lake James. “He was about eight-and-a-half to nine-feet tall, and had long, stringy, matted hair, kind of like a wet dog,” Bruner recalls. “His nose was flat on his face, resembling a gorilla, and he was muscular. We finally got one to show itself.”