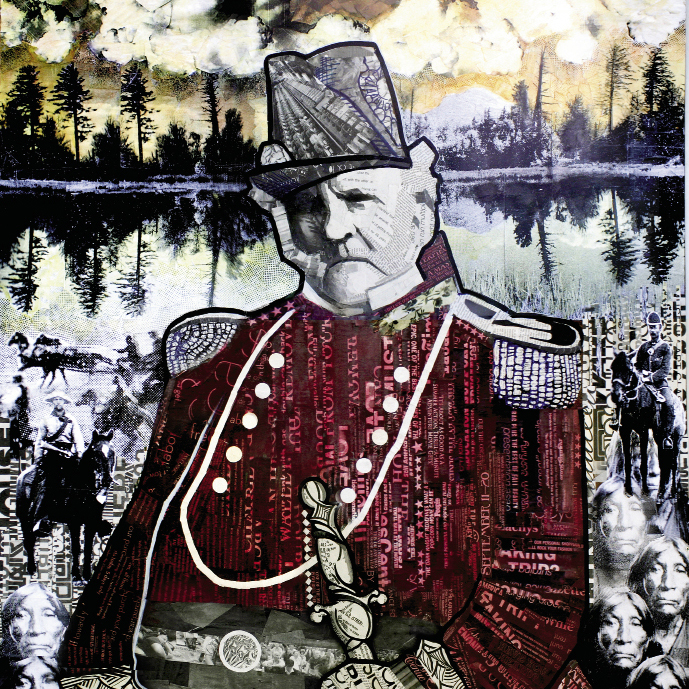 Just five years since its completion, it wouldn’t be an exaggeration to call the Lexington Avenue Bridge mural an Asheville icon. What once was 3,000 square feet of barren concrete is now a shorthand visual history of the forces that went into making Asheville the place it is today. An elderly woman spinning yarn, a farmer, a fiddler, a belly dancer, and chess players: They each say something about the city’s past and present.

Artist Molly Must admits that she was a bit naïve when, as an 18-year-old student at UNC Asheville, she floated the idea of a mural under the I-240 overpass to local nonprofit Arts2People and later collaborated with six other artists and a number of community members to create it. It took years of grant writing, public hearings, planning, and knocking on doors at the state Department of Transportation to make it happen. “I found out that I’m a persistent person,” says Must of the process, which turned into an education in public art.

Since the Lexington Avenue project, Must has completed three additional murals (two in West Virginia and the Chicken Alley mural in Asheville), participated in a collaborative project in Cuba, and shepherded the Triangle Park mural on The Block, the historic center of African-American life in Asheville. That last project, Must is quick to point out, was very much a community endeavor, with neighborhood groups collecting stories to guide the work. “So much of the history there was invisible,” she says, and capturing some of it for all to experience was a complex undertaking. Ultimately, more than 70 volunteers participated in the effort.

Must creates murals using a technique called marouflage, in which a painted canvas is affixed to the wall with a durable glue and painted over with sealant. For the Triangle Park mural, she silk-screened old photographs onto large pieces of primed material, pasting them to the mural with archival acrylic glue.

In order to bring community murals to life, Must says she spends “90 percent of the time fund-raising and organizing, and only 10 percent painting.” As a result, she plans on stepping back from public art to explore large-scale screen printing, which will allow her to focus on the creative side of her work. But she’s also currently tackling a semi-public mural for Asheville’s First Congregational United Church of Christ, celebrating its 100-year history. It will tell another community story in the way she knows best: on a wall.