Best of Festivals - FLORA & FAUNA: MARK YOUR CALENDAR! FROM FOOD AND DRINK FÊTES TO CULTURAL CELEBRATIONS AND MUSICAL BLOWOUTS... 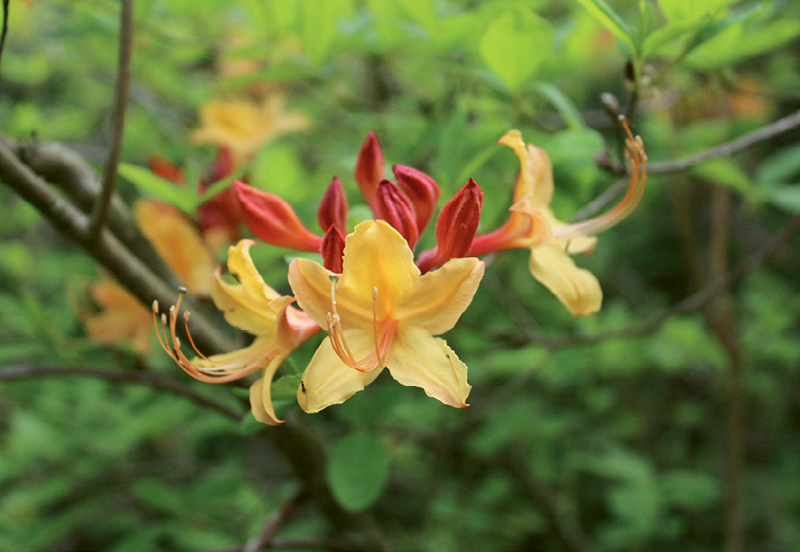 A designated Azalea City, Robbinsville and the surrounding mountains are home to the native flame azalea, which blooms in late May through June in a spectacular display of colors, from bright yellow to blazing orange to a brilliant scarlet. To honor the blooming beauties, Graham County’s annual celebration (now in its third year) includes guided hikes to Hooper Bald on Friday followed by a street festival Saturday, with music, vendors, and the chance to purchase azaleas to take home. grahamcountytravel.com

Always held over Memorial Day weekend and featuring more than 250 vendors lining Hendersonville’s historic Main Street, this is one of the largest garden festivals in Western North Carolina. It’s a chance to browse thousands of perennials, annuals, vegetables, herbs, and hard-to-find plants from many regional nurseries, as well as garden tools, handmade lawn furniture and yard art, wind chimes, birdhouses, and other lovely things that help your garden grow. visithendersonvillenc.org 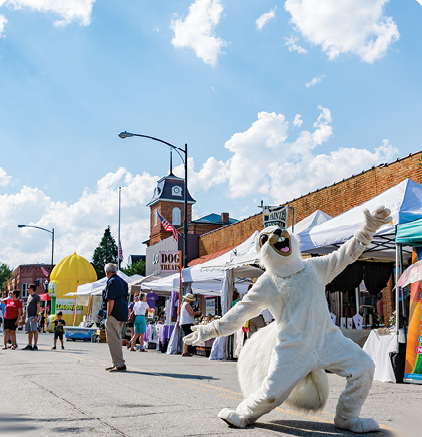 Take a slow amble through Brevard and you’re likely to encounter one of the town’s resident white squirrels. Albino squirrels do exist, but these particular creatures are instead a rare white variety that is believed to be descended from an escaped carnival squirrel, and it’s become the town’s mascot and the impetus for this festival. The weekend includes a parade, a squirrel-costumed 5K and fun run, a white squirrel photo contest, street vendors, and ample music. Past performers have included bluesy, rock ‘n’ roll group the Travers Brothership and soul rockers Sister Sparrow and the Dirty Birds. whitesquirrelfestival.com

By early summer, the pretty pink and purple blossoms of the Catawba rhododendron punctuate ridgelines and alpine woodlands of the Appalachian Mountains. While one of the best places to view the blooming beauties is atop Roan Mountain—which holds the world’s largest natural rhododendron garden—a choice locale to commemorate the native plant is at the mountain’s base in the town of Bakersville. The 74th annual festival includes a craft fair, live music, street dancing, a classic car show, 10K run, and the NC Rhododendron Pageant. ncrhododendronfestival.com

The American hunting hound is the focus of this dog-friendly homegrown street festival that includes a parade of handmade floats, classic cars, live music, and an American Kennel Club dog show. And as you might expect, leashed dogs are welcome to attend the festivities. Facebook: City of Saluda NC 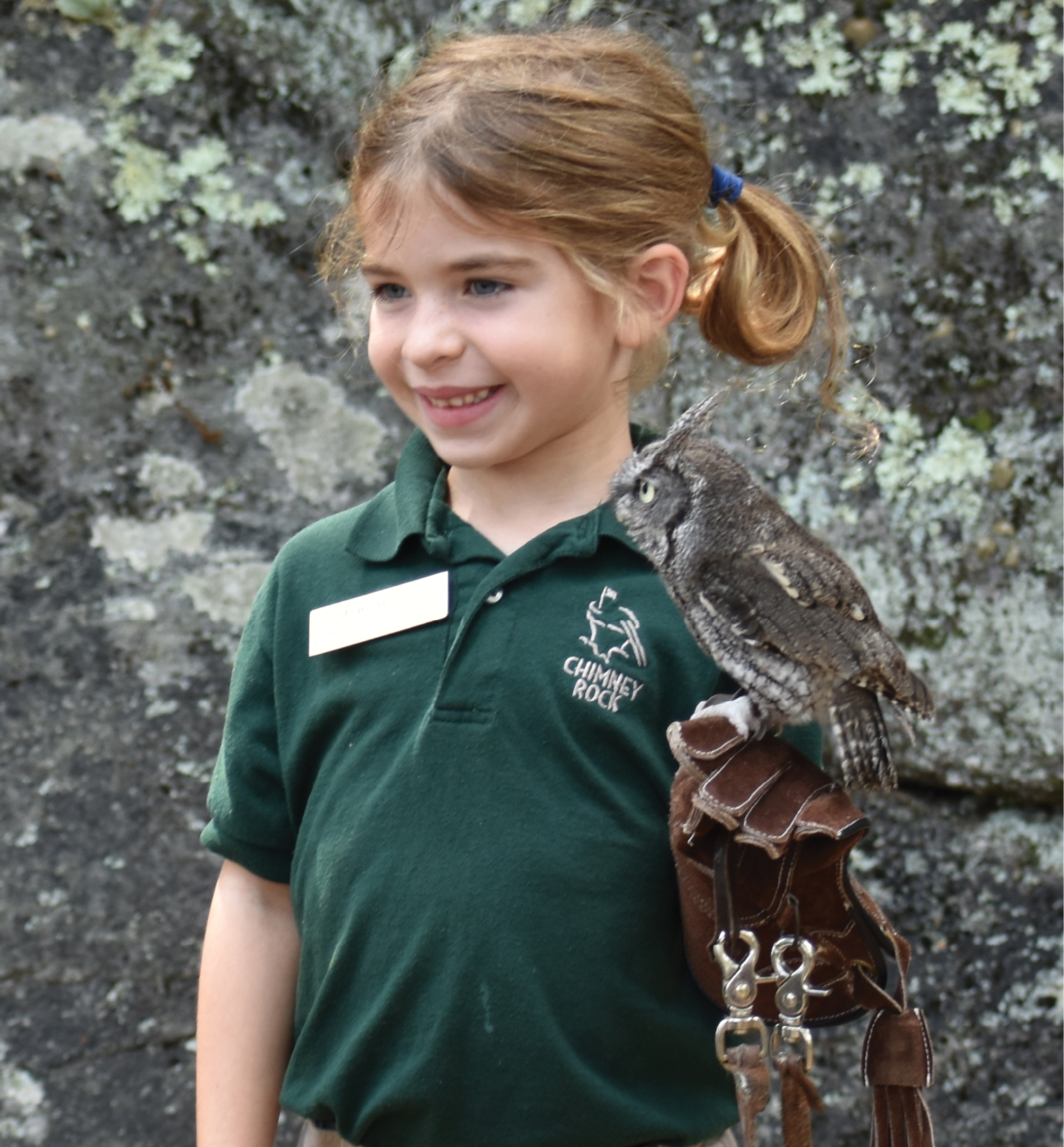 Each fall, the spectacular Hickory Nut Gorge serves as a thoroughfare for many migrating birds species, and the towering heights at Chimney Rock State Park are the optimal vantage point from which to view the annual passage. The park offers naturalist-led birding hikes, education stations, raptor flight shows, and live bird demos that all ages can enjoy. chimneyrockpark.com 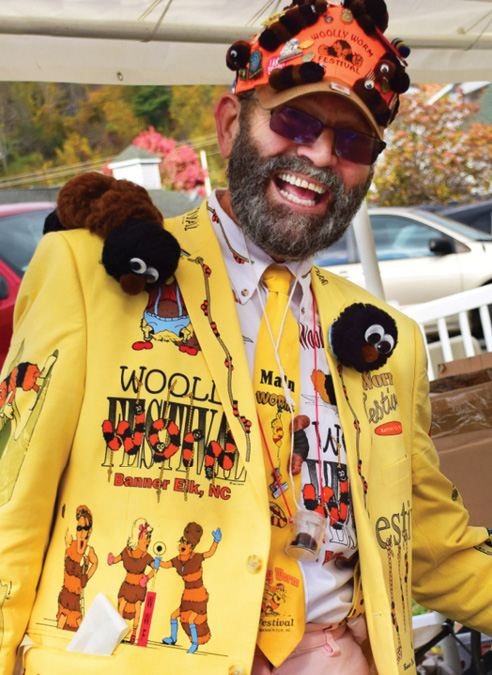 Whereas Punxsutawney has its famous groundhog, Banner Elk turns to a rather unlikely mascot for its weather forecast: the woolly bear caterpillar. Held the third weekend in October, the annual Woolly Worm Festival draws nearly 20,000 for two days of absurdly fun worm races, as well as juried artists, inflatable rides, and musical entertainment­—but mainly for the ridiculous glee that comes from cheering on caterpillars racing up a three-foot stretch of string. The winner’s stripes are used to predict the severity of the coming winter. Its 13 stripes represent the 13 weeks of winter—the darker black the segments, the colder and snowier the weather; the lighter brown the coloring, the milder the weather. The main race is held on Saturday, and the winner receives $1,000 and the honor of predicting the winter forecast, while Sunday’s corporate race is for bragging rights. What’s more, anyone who brings a worm can register for the races. woollyworm.com