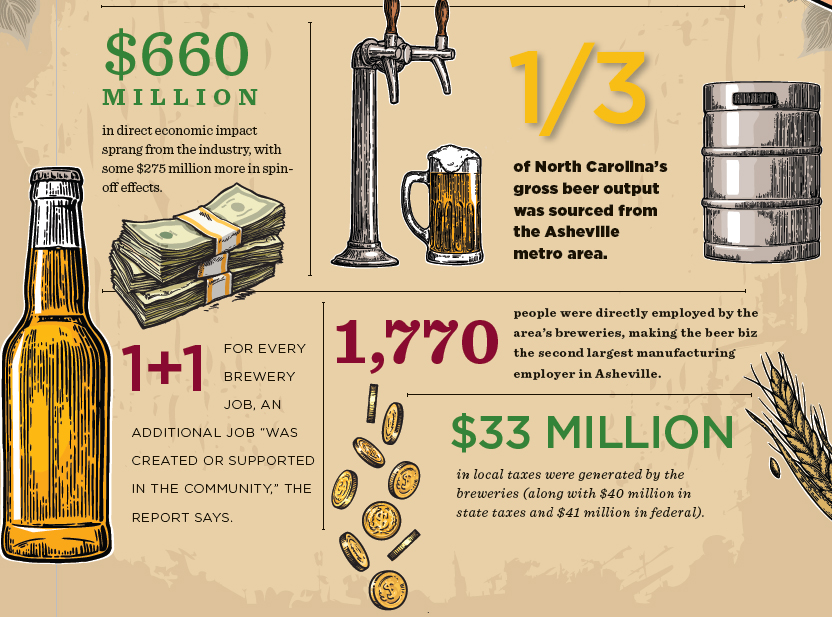 It’s no secret that the Asheville-area beer scene is wildly popular, garnering national rankings year in, year out. But newly released data show just how much of an economic powerhouse the local brewing industry has become. The tallies making headlines are drawn from a September report by the Asheville Area Chamber of Commerce’s Riverbend Research, which crunched the 2019 numbers for the Asheville metro area’s four counties: Buncombe, Haywood, Henderson, and Madison. The region, the report boasted, is positioned “among national leaders in the manufacture and science of distinguished beer making.”