The Banjo Connection: After languishing in the Library of Congress, a set of historic Haywood County recordings is unveiled 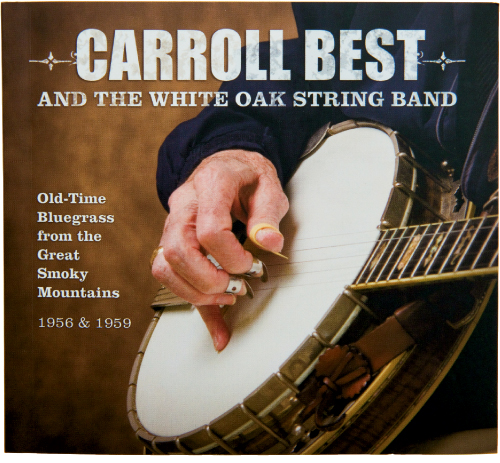 In July 1956, linguist and songcatcher Joseph Hall arrived at Teague Williams’ home in Haywood County’s White Oak community, carrying with him basic travel essentials and a reel-to-reel recorder. Hall was no stranger to Williams or the community, as he had visited the area in 1939. But this time, he came with one charge: to record White Oak’s musicians. During those summer nights, Hall captured songs played by area residents, most notably Carroll Best, a 25-year-old banjo player who pioneered the three-finger, melodic style of banjo picking. Hall returned in 1959 to round out the collection before submitting it to the Library of Congress.

Now, 55 years later and for the first time ever, these recordings have been recompiled and released as Carroll Best and the White Oak String Band, a 37-track album produced by the Great Smoky Mountains Association. The album has takes on “Black Mountain Rag,” “Home Sweet Home,” and “Y’all Come.” It also includes a booklet featuring essays on the recordings and Best’s distinct banjo style, plus photos, lyrics, and bios. The two-CD album is a true musical time capsule.